Up and coming dressage star, former Hartpury student Olivia Oakeley, is closing in on British team selection for the European Championships after a series of stunning performances.

Olivia and her horse, Donna Summer (Rio), finished up as the top British Young Rider combination in all three tests at the Saumur CDIO in France, also picking up a team bronze medal.

Even greater success was to follow for Olivia and Rio at the prestigious Somerford Park Premier League, where they competed in the Prix St George class on the first day. Coming up against senior riders, they finished third to Spencer Wilton and Henrietta Andersen on 70.96%.

The next morning, the talented duo won the Young Rider class by more than 4% with an excellent score of 73.44%, and then up against the senior competitors again in the Intermediare One class later in the day, they secured another third place behind Wilton and Anderson.

Olivia said: "It was the first time I had been to Saumur and it was a fantastic experience in a lovely setting. Rio was quite tricky each day and I wasn’t able to get the expression I would normally get in the trot work but the canter work was much better and he was on my aids.

"It was great to hit such good form ahead of Somerford and our successes there mean we have now qualified for the British Dressage Regionals in the Prix St George and Intermediare One class. Before that though, the British team for the Young Rider European Championships in Italy is set to be announced on June 9th, so it is a really exciting time. It would be incredible to make the team for my fifth successive year!”

Phil de Glanville, Director of Elite Sport at Hartpury, said: "Olivia was always a huge talent and the teaching and support she received here at Hartpury, alongside the excellent facilities, undoubtedly contributed to her development as a top young dressage rider. Everyone at Hartpury continues to watch her progress closely and celebrate her successes." 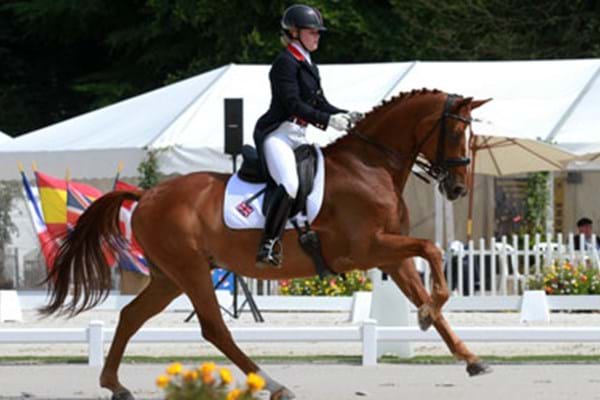