Hartpury’s Tom Sloman has become the sixth student from the college to earn a World Ranking with victory in the Intercollegiate Tour national final.

Following a two over par finish after three rounds, Sloman only needed the first extra hole in the play-off to cement his victory, and World Amateur Golf Ranking Points, over South Gloucestershire and Stroud College’s Ali Balcombe.

Sloman, 17, had been joint leader going into the final round and held a three shot lead with eight to play before rain halted his momentum. A triple-bogey seven at the 14th for the Hartpury student fortunately coincided with a double bogey for Balcombe at the same hole.

Two shots ahead with four to play, Sloman were pegged back through consecutive birdies by his opponent before he had to hole a difficult up and down on the 18th to force a play-off. It was nearly a dream end though as his bunker shot looked destined for the cup before rattling off the flag, eventually finishing two feet past the hole.

Sloman showed his composure after a difficult end to the round to overcome his play-off opponent at the first opportunity with a par at the second hole, where Balcombe could only bogey.

The victory crowns Sloman as the country’s top college golfer but more importantly carries World Amateur Golf Ranking points for the first time in the competition’s history, giving the Hartpury student a World Ranking which will allow him to compete in some of the largest tournaments in the country. Ryan Pope, Jack Bush, Ollie Dickson, Tyler Hogarty and Ben Loughrey are the other former students to achieve a world ranking. Hogarty and Loughrey have since turned professional so do not earn amateur ranking points anymore..

Hartpury’s golf academy manager, Rich King, said “It’s a brilliant achievement for Tom to have not only won a national competition, making him the UK’s top college golfer, but to have also earned himself a world ranking on top of that. Tom’s the sixth player to achieve this feat whilst at the college or as a former student and it shows the strength of the programme we have here at Hartpury.”

In the women’s side of the competition, Hartpury student Gee-won Park was unfortunate to miss out on her second national title of the year after leading for 53 of the 54-hole competition. Park had battled through the final few holes after the rain delay but it was not enough as Balby College’s Ellie Goodhall won by one shot on the final hole. She has already claimed the British Colleges’ individual national championship title this year. 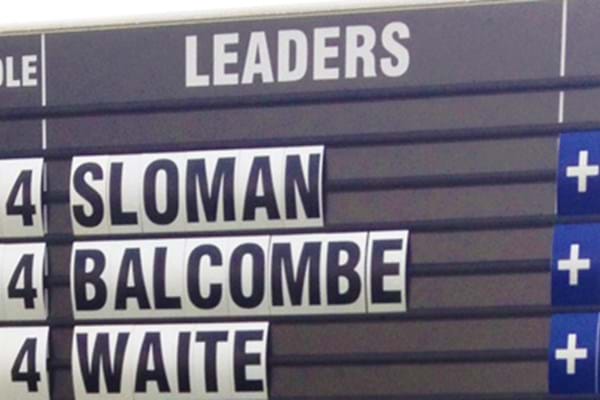