Hartpury’s Kieran Sutton put in one of the performances of the season for a county junior golfer as he shot an outstanding six under par at the Gloucestershire Schools Championship.

His score of 63 clinched both the gross and nett crown in the boys division at Lilley Brook Golf Club in Cheltenham, despite opening his round with a bogey.

In the gross division, Kieran beat Matt Aston (70) and Jacob Tinsley (71), also both from Hartpury, by seven and eight shots respectively. The trio will now represent Gloucestershire in the South West Championships along with their Hartpury colleagues, Tom Sloman (72), Will Burgess (73) and Matthew Green (75 – winning on the back three).

There was an even bigger winning margin in the nett category as Kieran claimed an eight-shot victory from Aston, Burgess, Green, Max Holford (The Crypt School) and Sebastien Pender (Wycliffe College).

Park took the girls’ gross division as her four over par 77 gave her a three-shot winning margin over Wakeley-Jones and a five-shot win over third placed Charlotte Heeps (Rednock). The trio will now represent Gloucestershire at the South West Finals.

Hartpury’s Team D won the team event for the best nett score, made up of Sloman, Aston and Tinsley. They returned respective nett scores of 74, 68 and 71 for a total of 213 and narrowly won on the back nine from Hartpury’s Team G, which was represented by Alex Rawle, Burgess and Sam Wood.

What made the victory surprising was that the combined handicaps of Hartpury’s Team D added up to zero. They also won the gross team competition by 16 shots from Hartpury’s Team G.

In the Under-16s category, the boys’ title was won by Matthew Bell (Balcarras) and the girls’ prize by Wakeley-Jones. 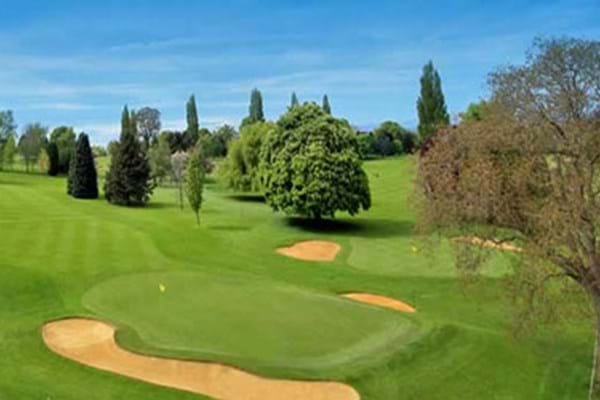