Hartpury’s Megan Jones has become the youngest player to feature at senior level for England women’s rugby sevens side.

The 17-year-old was given special dispensation by the RFU and by her parents to take part in the second leg of the FIRA Women’s European Sevens Grand Prix in Brive, France.

Normally players would have to be 18 to qualify for selection but Megan was given her first taste of international rugby at senior level a year early as she racked up minutes against Germany, Wales, Spain and Portugal in the tournament.

England finished the overall tournament tied for second place with France and the Netherlands as Russia went on to take the overall title with two runners-up finishes in both legs of the tournament.

Two more Hartpury players Sydney Gregson and Abigail Brown, both 18, featured as England romped to victory in Russia, where the first leg was played.

Their England side went unbeaten throughout the tournament and earned a hard-fought, 24-20, victory over host side Russia in the final.

Hartpury’s women’s rugby coach, Peter Cook, said “it’s excellent to see more of our players continuing to turn out for the England senior sides, but to also have a player at the age of 17 make her debut for a senior side is something you won’t see every day. It gives you an idea of the level of player that we’re helping to develop here at Hartpury and I hope all three will go on to have fantastic careers in the women’s game.” 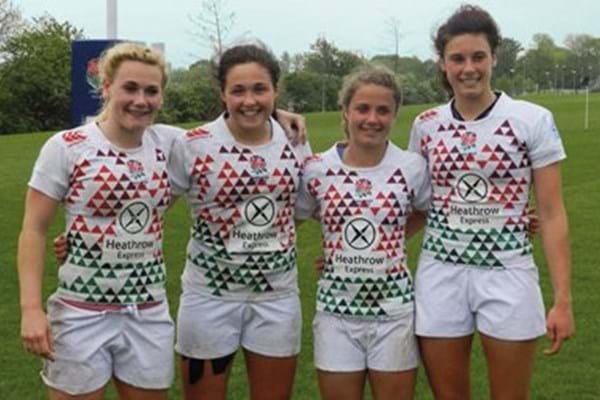