Hartpury rugby stars played their part in ensuring that England’s IRB Junior World Championship campaign in New Zealand got off to a flying start, with a 63-3 victory over Italy.

Scrum-half Braley and flanker Moriarty started the game, with the former captaining the side. Burns was a second half replacement, and the fly-half, who had a fantastic 2013-14 season for Hartpury RFC, made an immediate impact by scoring one of the team’s nine tries.

A hat-trick from Saracens’ winger Nathan Earle inflicted most of the damage as the Azzurri struggled to contain England’s attacking prowess.

The squad will expect a much sterner test in their next group game when they face Australia in Auckland, with the young Wallabies having beaten Argentina 36-17.

Hartpury are also being represented elsewhere in the competition. Current Hartpury student, Ben Vellacott, came on as a second-half replacement for Scotland in their first game of the tournament against South Africa.

Scrum-half Vellacott, a Sport Performance student and member of Hartpury’s University BUCS title-winning squad, played the final 20 minutes against a strong South African team who came out on top 61-5. Scotland will face Samoa in their next group game this Friday.

Hartpury Director of Rugby, Alan Martinovic, said: “It’s fantastic to see players from Hartpury’s National League side and our university students stepping up to represent their countries on the international stage in such a prestigious competition.

“Everyone involved with Hartpury is proud of their achievements and we’ll be continuing to follow their progress closely as the tournament progresses. With England, in particular, having got off to such a strong start, there’s every chance that our Hartpury stars can help them get all the way to the final.”

Another Hartpury RFC player, centre Seb Rodwell, is representing England Counties this week on their two-match tour to Georgia, playing Emerging Georgia in Tblisi on June 4th and June 8th.

Rodwell has been rewarded with his first Counties call-up, alongside 12 other newcomers after a superb season with National Two champions Hartpury. 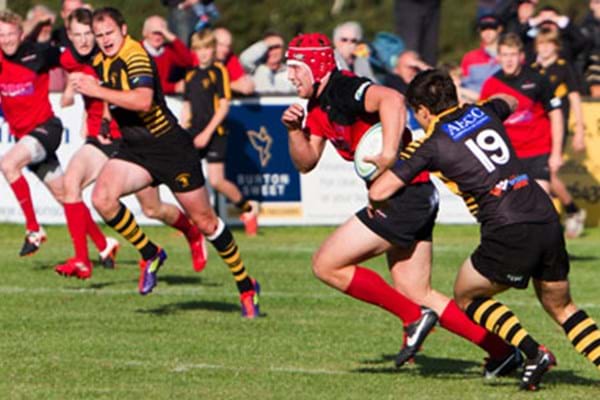