Hartpury’s women’s futsal team’s impressive unbeaten run finally came to an end as they agonisingly lost on penalties at the semi-final stages of the FA Cup Finals competition.

Having gone 18 games without losing in their first season – winning 17 and drawing one en-route to the finals held at the Copper Box arena – the team’s streak came to an end as a 3-3 draw forced a penalty shootout.

After 16 successful penalties between the two teams, Hartpury suffered the same fate as many English national teams before them as a missed penalty gave Norton and Stockton Ancients FC a 9-8 victory.
Earlier in the day, Hartpury had gone unbeaten in the group stages, winning all three games as they racked up 17 goals, conceding only three in the process.

Head Coach, Luciana De Martin Silva, said “The girls have been amazing this season and have stepped up and performed well against some great teams. The defeat can be put into perspective as it’s our first season together and to go 17 games in the competition without loss is amazing. The girls have developed a great team spirit which we will look to take into next season.”

The team were Gloucestershire local qualifying champions having won ten from ten, conceding just 5 goals in reply to their 78 scored as well as Southern semi-final stage winners with another 100% record from four games, scoring 12 and conceding two. 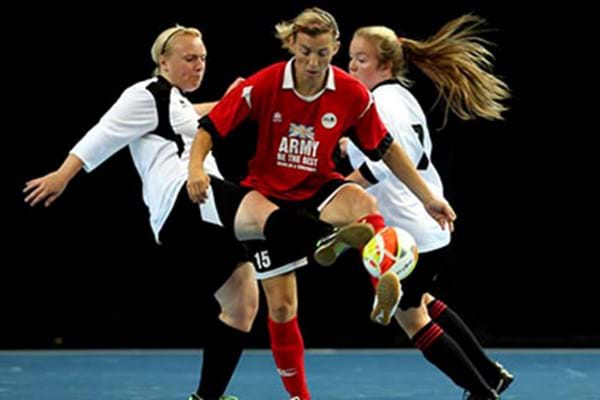