Hartpury student Liam Bailey, 17, will take part in the Riding for the Disabled Association (RDA) National Championships after a second place finish at the regional stage of the competition.

Liam, who has been riding since he was 11, will take part in his fourth National Championships which will be held on familiar ground at Hartpury, where he studied a Level 1 Diploma in Animal Care.

He will take part in the senior dressage event when the competition gets underway in July after qualifying second on a horse he had only ridden once before the regional round in Marlborough, Wiltshire.

Emily Wilton, Liam’s tutor, said: “Liam has been an exemplary student during his time here and his hard work shows in everything he does, including his riding. Although riding is not part of his course, it’s something he really enjoys and we’ll be following his progress closely in July.”

Liam began riding when he joined the Avon Riding Centre six years ago before taking part in his first Regional RDA competition at the age of 13 where he won a trophy for ‘best newcomer’ at Hartpury. He rides weekly at the centre and is also an official volunteer, helping out in the stables.

Liam, who graduates from Hartpury this year, will continue his work with horses after accepting a place at Castle Farm Cross Country and Livery in Wickwar to study horse care. 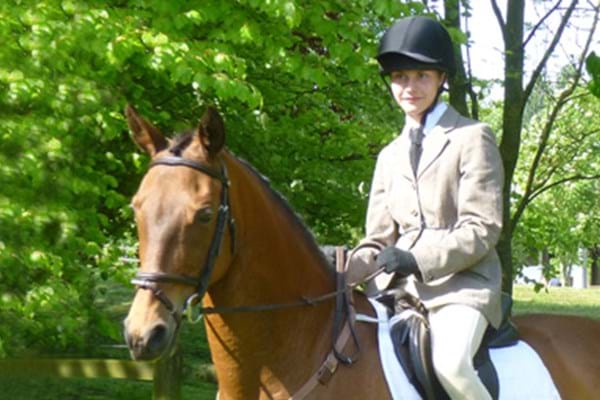