International honours continue to come thick and fast for Hartpury students as Jake Parrott and Scott Wilson were recently called up to the Great Britain Universities football squad to face World Champions France.

While Wilson was making his Great Britain debut, this was the second call up to the GB squad for centre midfielder Parrott, who represented the team at last summer’s World University Games in Kazan, Russia.

Playing at the Stade Auguste-Delaune in Reims in front of a 7000-strong crowd, the team were unlucky as they were edged out 2-1 by their French counterparts.

Parrott and Wilson both started the game, with the latter playing the whole game in an unaccustomed role on the right flank. This didn’t stop the Sports Coaching student from having an impact, as he capitalised on a French error and calmly lobbed the ball over the onrushing goalkeeper to equalise for Great Britain.

Unfortunately the squad succumbed to a late goal from a French team which contained several full-time professional players, and they then managed to hold on to their one-goal advantage. Despite the result, the Hartpury duo impressed with their individual performances.

Marc Richards, Senior Football Manager, said: “We are extremely proud of Jake and Scott and this opportunity to represent Great Britain is just reward for their hard work. It was fantastic to see them both grab their chance with both hands.

“Both students are big talents and they are a testament to the football programme here and the strength and quality of the players we support and develop.” 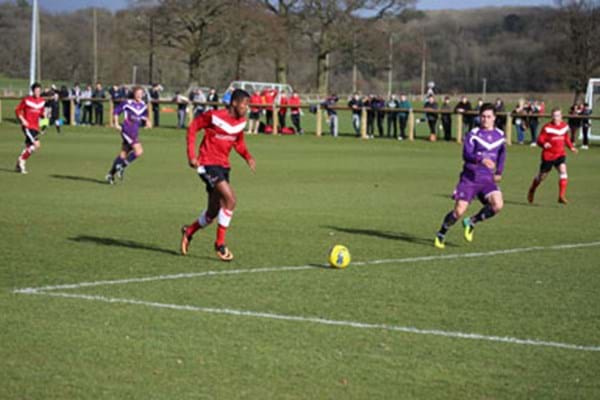