With the World Cup just days away, former Hartpury star Jake Gosling scored on his own international debut as Gibraltar edged a 1-1 draw away to Estonia.

Gosling, 20, started the match and scored in the 71st minute after Estonia had taken the lead in the first half of the friendly match. The goal was Gibraltar’s first ever away goal since joining UEFA - European football’s governing body.

The pacy winger was involved in making another piece of Hartpury history 10 minutes before he scored, as another former Hartpury player, Martin Vunk, was bought on by Estonia – it was the first time two Hartpury graduates have played against each other at international level.

Hartpury’s Director of Football, Tom Radcliffe, said: “We’re delighted to see two of our graduates playing at the very highest level and to see them playing against each other at that level is a first for us.

“We’ve had a lot of success with graduates going on to secure professional contracts, play in the Champions League and at international level so to have two playing in the same game is brilliant to see.”

Having made his debut against Estonia, Gosling was also called into the squad for the following friendly with Malta, where he was joined by current Hartpury student Louis Barnfather.

Barnfather, 21, who is studying a Foundation Sports Coaching degree at Hartpury, is a former Cheltenham Town youth team player and Evesham United’s current number one. He was born in the British Overseas Territory and his father is also a Gibraltarian.

Gosling is currently a free agent after leaving League Two side Exeter City, where he made 12 appearances and also had loan spells with Dorchester Town and Gloucester City. 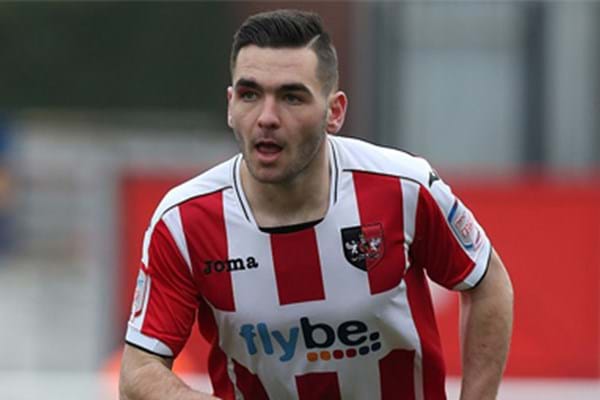