Two Hartpury students made the most of their chance to compete in the prestigious European Student Championships, with Hartpury the only institution picked to represent Great Britain.

Emma Richardson and Alix Barbier headed to the European Equine Education Network, European Student Championships at the French National Riding School in Saumur, France with Hartpury lecturers, Jeremy Michaels and Vicki Lewis. They were up against nine other countries.

For the five-day competition, students were put into mixed teams and competed in dressage, showjumping, equitation teaching and theory (group presentation).

Alix achieved an impressive 7.2 score for her showjumping and her team finished in fifth place, while Emma’s team finished sixth.

Jeremy, who is a lecturer in Equine Science at Hartpury as well as a Fellow of the British Horse Society (BHS) and Chief Assessor for the BHS, coached the third placed team and the silver medal individual rider.

Vicki Lewis said: “It was a fantastic experience for the students, getting the chance to represent Great Britain and fly the flag for Hartpury.

“The event not only challenged the students on their equestrian skills but was an opportunity to share good practice across the different countries, to network and build friendships.

“We were also given the opportunity to attend the Cadre Noir Gala Performance; take part in a cross-country run around the CCI 3* course and attend the prize giving on the final evening at the Champagne Cellars.” 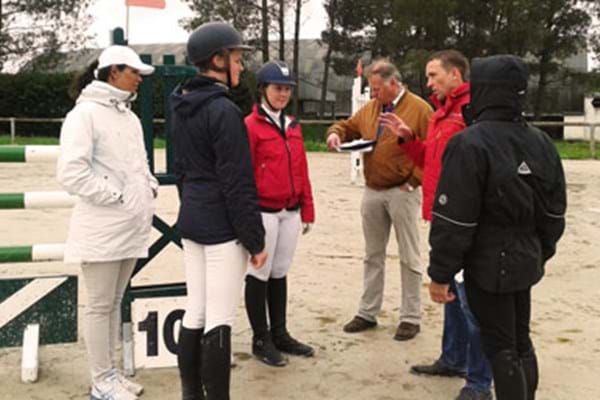