From Zimbabwe to Scotland and Canada, Hartpury graduate Andy Rose may still be only 26 but he’s certainly been around the block on the international rugby circuit.

A fully-fledged Zimbabwe international, Andy Rose has captained his country and forged a professional rugby career since graduating from Hartpury in 2010. He’s even found the time to start up his own successful business, putting the skills he gleaned in Gloucestershire as a Sports Business Management student to good use since graduating from Hartpury in 2010.

The talented flanker currently plays for and captains Boroughmuir RFC, who will be plying their trade in the Scottish Premiership this season after storming to the title last year. He also runs, Blue Rose Fitness – where he uses his personal training qualifications to help clients achieve their set goals.

Rose has played for both Scotland and Zimbabwe at various age grades - leading the latter in the Under-19s World Cup and representing Scotland at the Under-20s World Cup while he was studying at Hartpury, where he also played for the university and RFC side.

After completing his degree in Sport Business Management in 2010, Rose completed a three-month stint, in 2011, playing rugby in Calgary, Canada, before returning to the UK and pursuing his ambition of becoming a personal trainer for a gym.

When he then secured a playing contract at Boroughmuir, Edinburgh, Rose felt it was the right time to venture into launching his own business.

Rose said: “When I got back from Canada, I tried getting work as a personal trainer in many gyms but I needed to work it around my playing commitments. I realised then that starting my own business would allow me to remain flexible and still train and compete internationally.”

Unfortunately, injury ruled him out of this summer’s Rugby World Cup 2015 qualifiers, and Zimbabwe were left ruing his absence as they missed out on appearing at next year’s competition.

Despite that, Rose is looking forward to the new season, and is backing Boroughmuir to make an impression in the highest echelon of Scottish rugby.

He said: “We had a great season last year, and there is a definite buzz around the club in preparation for this season. We have had an influx of new players and we all really believe that we can compete at the highest level.”

With Rose’s career having blossomed on and off the pitch since leaving Hartpury, he is certainly thankful for the tools Hartpury gave him to build for his future.

He said: “My time at Hartpury was great, and it certainly prepared me in both a sporting and business capacity. I’m hoping that I can continue to use my education and experience to keep building my business up and have more opportunities to play for my country.” 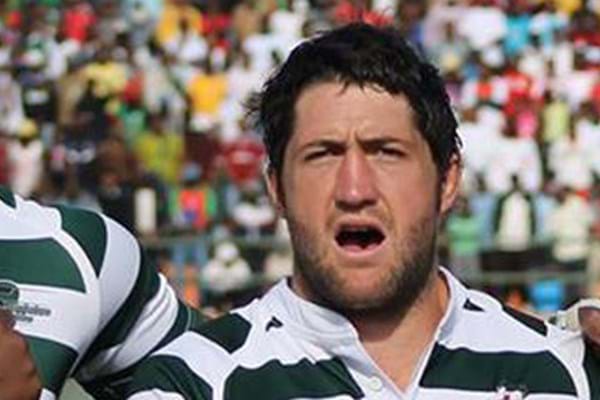