After a thrilling day of cross-country action at Hartpury, Christopher Burton finished top of the leaderboard in the Superflex CIC*** for the third year in a row.

With the day full of thrills and spills the top three in the CIC*** were the same riders who triumphed in 2013. Burton went clear in a faultless round on Graf Liberty, finishing on his dressage score of 44.2. New Zealander Tim Price was close behind him on Wesko, finishing with 47.7; closely followed by his wife Jonelle Price who scored 48.7 on Classic Moet after a faultless round. Jonelle also won the prize for the rider closest to the optimum time, coming in bang on six minutes and 22 seconds.

Top placed Brit was Olympic silver medallist William Fox Pitt on Avoca Alibi, who was penalised by a slow round to end the day on 53.9.

In the CCI** Jonathan Paget rode a superb clear round on Clifton Signature to stay in first place, despite picking up 0.8 time penalty, on a score of 43.3. Matthew Wright on Shannondale Shinawil went clear inside the time to move up to second place on 45.2 and Alice Dunsdon on Wolf Tone also completed a clear round to finish in third on 45.3.

In the CCI* the top three retained their positions after the cross-country round, as Christopher Burton impressed again on Santano II with a clear round, finishing on his dressage score of 35.7. New Zealander Lucy Jackson on Corazon went inside the time to stay in second place on 37.8, followed by Nicolas Touzaint from France, on Tzinga d’Auzay who also went clear and stayed on 40.4.

Rosie Scott-Ward, Equine Director at Hartpury, said: It was a fantastic day of cross-country action today, with plenty of excitement and high quality riding. It sets us up for a great day of showjumping tomorrow in the international arena 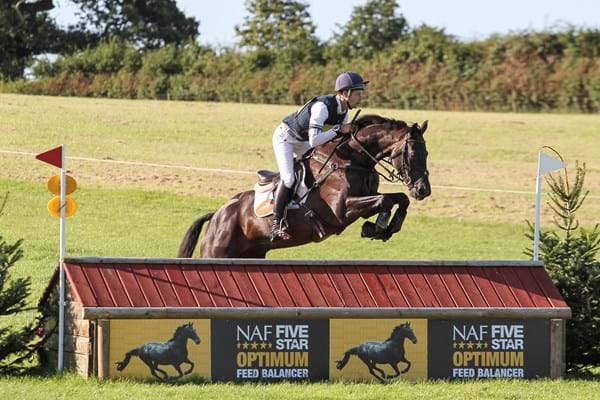