Last year’s CIC3* winner, Christopher Burton, showed why he’s the rider to beat again at this year’s festival after topping the dressage scores on the opening day in both the CCI1* and CIC3* events.

Opening on Santano II in the Optimum CCI1*, Burton scored 35.7 to give himself a good head start on day one, with the remainder of the section to compete tomorrow.

Later in the day Burton produced another brilliant ride to join fellow Australian rider Sam Griffiths at the top of the list of Superflex CIC3* riders to complete their dressage test today. Burton, riding Graf Liberty, and Griffiths, riding Real Dancer, both shot to the top with scores of 44.2.

Hartpury’s Equine Director, Rosie Scott-Ward said “Today was brilliant opening to the one, two and three star competitions and we’ve already had some big names on show putting in some fantastic scores. It will certainly make tomorrow and interesting day as the rest of the field look to play catch up in their tests and we’re hoping that by the end of the day we’ll have some really close scores going into the weekend.”

Tomorrow sees the remaining riders in each of the classes take to the stage for their dressage tests before the weekend’s show jumping and cross country elements get underway.

The highlight of the festival will no doubt again be the Saturday when spectators can expect a host of big names from sixteen different nations to tackle Eric Winter’s difficult cross country course designs. 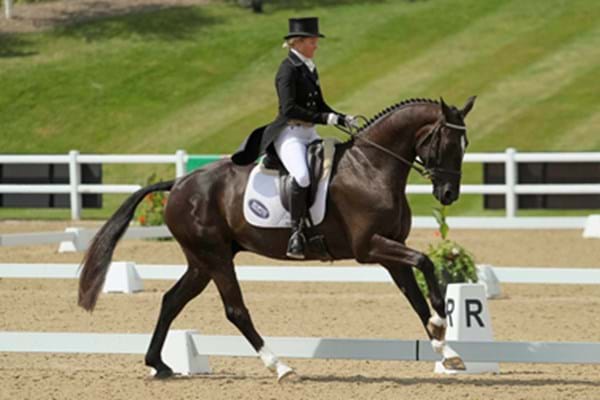