Sam also excelled individually. Riding Wodan III, he produced a 45.6 in the dressage followed by great rides in both the cross-country and show jumping phases, finishing in eighth place overall at the Championships.

Sam was one of the first to join the Advanced Apprenticeship in Sporting Excellence (AASE) at Hartpury when it began at the college in 2013.

Also selected for the same Great British Junior Eventing squad was Harry Harding, who has joined the AASE apprenticeship programme this year. He will also be competing as Hartpury’s Equine Academy Eventing scholar.

Harry, riding Tarmac Adam, had a clear round in the cross-country and picked up just four faults in the show jumping. With a 47.5 dressage score, he finished tied in 15th place overall.

The AASE programme, provided by British Dressage and British Evening and run exclusively at Hartpury, is putting talented young riders based all over the country on the right path to succeed at the very highest level. Apprentices and their horses benefit from the guidance of mentors who have played a starring role in the equestrian world – as competitors and coaches.

Each rider is supported to apply what they learn on nine ‘centre’ days at Hartpury and then as part of their virtual learning programme, to improve and evaluate both their own performance and that of their horse.

Harry, who will also be studying a BTEC Diploma in Horse Management at Hartpury, said: “It was my first time performing at this level but the atmosphere and support I received throughout the event was amazing!

“I’m really looking forward to building on this event and I think Hartpury is the perfect place to help me achieve my ambitions.”

Nick Burton, Hartpury’s Equine Academy Director, said: “The European Championships are the highest level that junior riders can compete at. For both Harry and Sam to be selected to represent Great Britain was a great achievement and to finish so high up was the icing on the cake!

“In the Equine Academy at Hartpury, we have a history of producing top-level riders and have seen a number of our students compete at International Junior and Young Rider levels across the equestrian disciplines. Harry and Sam have very bright futures and Hartpury is exceptionally proud to be playing a part in their development as elite athletes.” 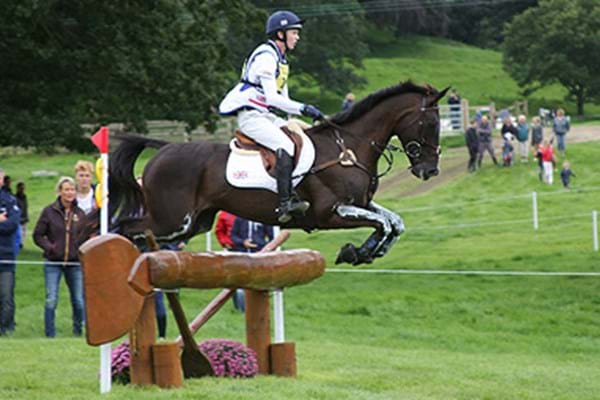