Championship side Plymouth Albion recovered from 26-10 down early in the second half to overcome a spirited Hartpury College RFC.

The visitors seized the initiative from the kickoff and pinned Plymouth down inside their 22 via the astute kicking of Gareth Thompson.

And it was from one such free-kick that the visitors broke the deadlock as Lewis Ludlow powered over after taking a quick tap.

Thompson converted with the help of the post, although Plymouth struck back quickly when some expert phase play created the space for Sam Simmonds to dive over for a five-pointer.

But Thompson soon increased Hartpury’s lead as he fly-hacked a dropped ball forward, gathered and forced his way in at the corner before adding his second conversion.

Plymouth were clinical, however, and Eoghan Grace burrowed over around the fringes of a ruck as the College conceded possession in a dangerous area.

But the Gloucestershire side were exhibiting a ruthless streak of their own and Ruaridh McConnochie registered their third try three minutes before the break when he raced home from halfway after his midriff absorbed a kick-through.

It was a thoroughly convincing display from Hartpury and they went three scores clear immediately after the interval as Alex O’Meara skipped over out wide following another Albion turnover (pictured).

With Hartpury looking like cutting loose, Plymouth roared into life as both teams rang the changes.

For once, Hartpury’s scrum was not on cue and referee Tom Foley awarded a penalty try with the home team’s pack steaming towards the try line. Lawrence Rayner added the extras.

Albion turned the screw and Ali Bone eventually crashed over from close-range on the hour, improved by Elliot Clements-Hill.

With the deficit now reduced to just two points, Hartpury’s task of defending their lead became a mountain when Mike Flook and Lloyd Evans were sin-binned within five minutes of each other.

The 13-man visitors defended bravely, but centre Mark Kohler eventually broke their resolve eight minutes from time after Plymouth ran back a clearance kick with interest.

Bone then rubbed salt in the wound as he latched on to an overthrown lineout to complete a brace.

Hartpury would like to thank Plymouth for an excellent match and wish them well for the season.

Hartpury’s next and final pre-season friendly is away at local rivals Lydney on Saturday 30th August. 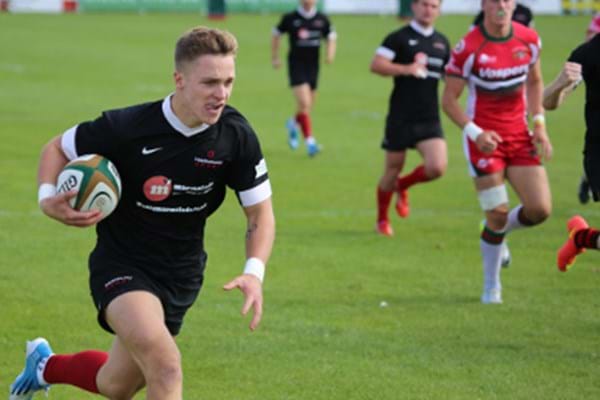