It’s not every day that you get to play against some of the world’s best football players, but that’s exactly what Hartpury’s Australian A-League star Matt Smith did as his side faced Juventus in Alessandro Del Piero’s final game Down Under.

The 31-year-old Sports Management Masters graduate, who has been plying his trade with Australian A-League champions Brisbane Roar for the past four years, was selected to play as part of an A-League ‘All Stars’ team, which included Italian legend Del Piero as captain.

Smith, who also has three national team appearances to his name, was handed the captaincy as Del Piero - Serie A’s all-time second top goal scorer and Juventus’s leading all-time appearance maker and record goal scorer – was substituted after 60 minutes.
The game caps a fantastic year for Smith who lifted the A-League trophy for a third time and celebrated the birth of his third child, Ava.

Smith’s all-stars team was eventually beaten 3-2 despite finding themselves 2-0 up midway through the second half. Goals from Marcelo Carrusca and Tomi Jurric were cancelled out by second half strikes from Fernando Llorente, Pogba and Simone Pepe. 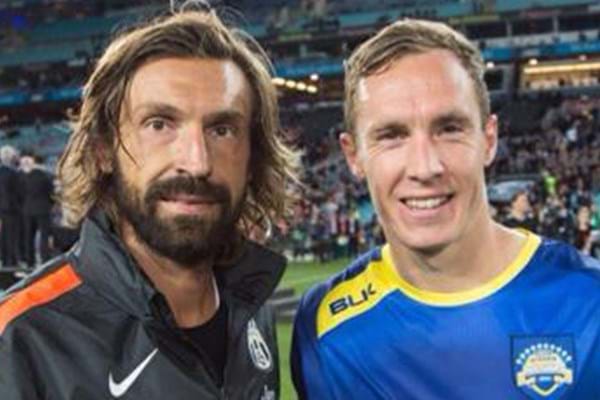