The Dubarry Burghley Young Horse Series provides a shop window to view the potential “four star” horses of the future and gives the very best, the chance to compete at Burghley in September.

With only the top ten placed horses in each class achieving qualification to the Dubarry Burghley Young Event Horse Finals at Burghley in September, competition was fierce throughout the day at Hartpury. With each horse performing a simple dressage test followed immediately by a series of jumps and a conformation assessment, before a final assessment of star quality for the top ten scoring competitors, the judges were really looking for those with the potential to become world class three day event horses.

Marcus Roberts riding Fardon was the highest placed in the Four Year Old Class in the morning, scoring an impressive 83 points; followed by Laura Collett on Candy King who narrowly missed out on first place with 82 points and Virginia Turnbull on Finley Blues with 78 points.

In the afternoon the five year olds took centre stage. After a strong competition Helen Wilson riding Morelands Beginning triumphed in the Five Year Old Class with the highest score of 89 points. Following her in second place was Nicky Roncoroni riding Templemartin Flight with 84 points, and in third place was Kate Honey riding on Kiltubrid Rebel, also with 84 points.

Rosie Scott-Ward, Equine Director at Hartpury, said: “Today has been a fantastic start to this year’s NAF Five Star International Hartpury Horse Trials. The standard of young horses today has been very high and we have definitely seen some of the stars of the future.” 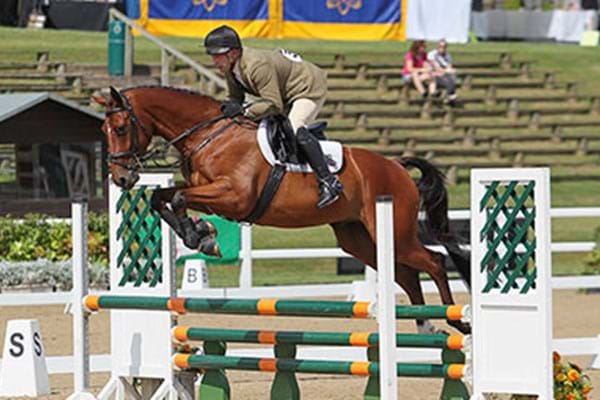