Hartpury’s Mathilda Hodgkins-Byrne narrowly missed out on a podium finish as she helped guide her Great British Under-23s quad to a top-five spot at the recent World Championships.

Hodgkins-Byrne, who is only 19, became Hartpury’s first Under-23s rower to represent her country after being selected to race in the women’s quad at the championships in Varese, Italy.

After setting the pace in the heats, taking first spot with a time of six minutes and 31 seconds, Mathilda’s quad were unlucky not to finish in bronze medal position in the final after coming home just over a second behind third-placed New Zealand.

Despite the Great Britain team rowing an almost identical time to their heat pace – which was good enough to see them finish top – eventual winners Russia were able to find seven seconds between their final and heat times.

Hartpury’s rowing coach, Tom Pattichis, said: “For a 19-year-old to finish fifth in a World Championships as part of an Under-23s team is an excellent achievement. Mathilda has had an excellent season and, still being so young, has great potential to go on and represent her country again.”

Three of Mathilda’s Hartpury team-mates will be looking to build on her success next week as they take part in the Coupe De Le Jeunesse in France from August 6th to 10th.

Jack Williams, 18 – Hartpury’s first male Great Britain representative – as well as Jess Newson, 18, and Alice Bowyer, 17, will compete at the Under-18s event. Williams is part of the men’s quadruple scull while Newson lines up in the women’s equivalent boat. Bowyer will be looking to secure a medal in the double scull.

The trio will be up against rowers from 11 other nations including Austria, Belgium, Switzerland and Portugal as they look to add to Great Britain’s tally of 11 wins at the event. 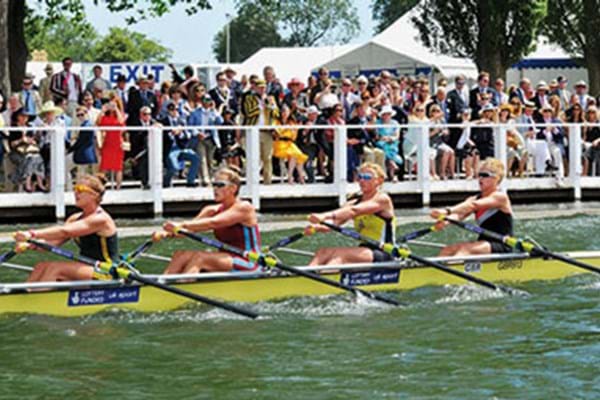