England legend Susie Appleby is hoping the recent Women’s Rugby World Cup triumph will help to usher in a new era of dominance for the sport, starting in Gloucestershire.

The fly-half, who played 65 times for her country over a 10-year period, is heading up the new Gloucester-Hartpury women’s team from September that will be looking to develop the next generation of women’s rugby stars.

Now Police Constable Appleby hopes that the World Cup win will give a boost to the game in the county and is confident that the Gloucestershire-based college will continue to be at the forefront of the development of the sport.

“Firstly I’d like to congratulate all the England girl’s on their achievement, it really was an excellent performance from start to finish,” said Susie.

“Women’s rugby has grown immensely since I started playing, and even more so over the last few years. Hartpury really has been leading the way in bringing on our country’s next generation of stars.

“This new partnership between Hartpury and Gloucester, who also have such a strong reputation already in men’s rugby, is an opportunity to combine these forces and develop talented players from throughout Gloucestershire, creating a women’s team that will be a force to be reckoned with.”

The new Gloucester-Hartpury club is open to players from clubs and colleges and universities throughout Gloucestershire and will provide a progression route for girls wanting to play at a higher level.

Susie is currently working hard to organise a crop of friendlies ahead of entering the national cup and is still keen to recruit any players who feel they are of the standard to feature at the highest levels of women’s rugby.

“The ultimate aim is to compete at Women’s Premiership level and to grow the game further in Gloucestershire,” she said.

“The amount of Gloucestershire representatives in the World Cup winning squad shows that this really is the best place in the South West to play women’s rugby. This new team is a great opportunity to establish a strong player base and eventually compete against the top teams in the country.”

The team will be holding a development day at the college on Saturday 23rd August from 10am to 12pm for aspiring players keen to pitch themselves against other up and coming women’s players. Anyone interested in attending the day should contact Susie directly on applebysusie@hotmail.com
The team will be part of the Gloucester Rugby franchise, and the plan is for the women’s side to have the opportunity to play some of their matches as a curtain-raiser to Aviva Premiership matches at Kingsholm. The management team, including Appleby, will have experience of playing and coaching at the highest level.

Hartpury’s Director of Elite Sport, Phil de Glanville, said: “Interest in the new team has been good so far and we’re hoping the World Cup win will give the sport another boost in the county. To have four players linked to Hartpury involved in the squad is a massive achievement and something which we will look to build on in the future.

“The college continues to lead the way in the development of young players and we’re really excited about this new project with Gloucester Rugby, which will move our established partnership forward again. We’ve been working hard behind the scenes and it’s a great opportunity for the best young players to progress with the support of two top-level rugby set-ups.” 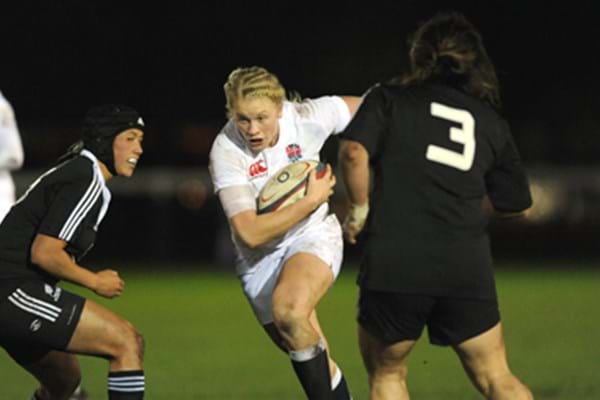