Hartpury College succumbed to Wharfedale on their National One debut after playing 71 minutes with 14 men.

The visitors, seasoned campaigners of English rugby’s third tier having entered their 19th consecutive season at this level, earned a string of early penalties and Tom Davidson opened the scoring on six minutes in front of the posts.

Hartpury grabbed a try back on the quarter-hour mark when Dan Thomas tapped a free-kick quickly and Rob Fuller went over at full stretch, with Gareth Thompson improving.

Thompson then struck a penalty to level the scores before converting brilliantly from the touchline as Alex O’Meara finished off Jaike Carter’s break.

A second penalty from the diminutive fly half extended the hosts’ advantage to 10 points as Hartpury gathered momentum, but Davidson landed a three-pointer of his own from 45 metres with the last kick of the period.

Hartpury were not buried yet, however, and Thomas set up a grandstand finish when he dotted down off a driving maul with five minutes to go.

Thompson’s conversion attempt drifted wide of the uprights to leave the Gloucestershire side needing another try to avoid defeat.

And they almost snatched the most dramatic of wins as Thompson broke and set O’Meara free, only for the referee to correctly call play back for a forward pass.

Hartpury would like to thank Wharfedale for an excellent match and look forward to the return fixture in April.

Hartpury’s next match is the huge local derby against Cinderford at Dockham Road on Saturday 13th September. 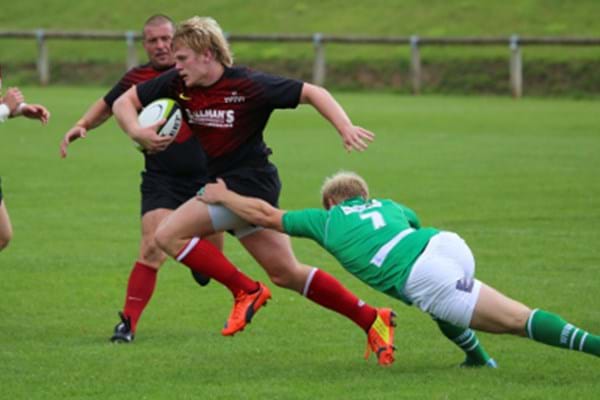