Eight members of the England Under-18s Women’s Sevens squad that was announced today have honed their skills at Hartpury.

Six current students and two former students have been selected in the squad of 12 for the inaugural FIRA Under-18s European Championship on September 13th and 14th in Enkoping, Sweden.

Holly Aitchinson, Zoe Aldcroft, Sarah Bern, Abigail Brown, Sydney Gregson and Cat McNaney are all currently on the Advanced Apprenticeship in Sporting Excellence (AASE) Women’s Rugby programme at Hartpury, while Lucy Nye is a product of that same programme and Amy Cockayne was an A-level student at Hartpury.

Earlier in the year, Brown, Gregson and Nye starred for England Sevens Development team as they romped to a hat-trick of victories over Brazil.

In total, 10 teams from across Europe will be competing for honours in Sweden and England have been drawn against Ireland, Portugal, Wales and Sweden in the pool stages.

Peter Cook, who is Hartpury’s AASE Women's Rugby Manager, said: “It shows the strength of our AASE rugby programme that eight of the 12-strong squad have developed as players at Hartpury.

“It’s an achievement we’re hugely proud of and I couldn’t be more delighted for the girls, who have worked so hard to reach this standard. Every young player’s dream is to play for their country and it’s fantastic to see so many girls on the programme regularly winning international honours.

“The AASE Women’s Rugby programme started here at Hartpury and its reputation is growing nationally and internationally thanks to the quality of the players it is producing. The girls benefit from the best coaching and excellent facilities and their progression from when they first arrive is huge.

“They quickly get fitter and stronger and they bounce off each other too. They are such a motivated group and are totally committed to pushing on with their rugby careers. The future of England’s women’s rugby certainly looks to be in safe hands and with the start of the senior Gloucester-Hartpury women’s rugby club, we hope in time many of these girls will stay and play their senior rugby at Kingsholm.”

Former England Men's Sevens Assistant Coach, Russell Earnshaw, has been named as head coach for this one-off tournament. He said: "The 2016 Olympic Games in Rio, which sees Rugby Sevens make its Olympic debut, is drawing closer and this is an invaluable opportunity for all of the teams and players to experience elite level sport." 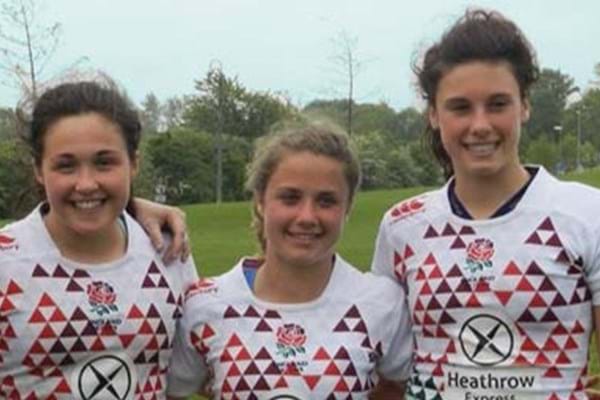