Hartpury quickly gained the ascendancy as they pinned Lydney inside their own 22, with Alex Brown opening the scoring on nine minutes when he went over on the blindside of a scrum.

The visitors doubled their tally seven minutes later when Lewis Ludlow touched down from a driving maul, before Lloyd Evans added the conversion.

Lydney were finding possession and territory hard to come by, but the Severnsiders grabbed a score back as former Hartpury student Jordan Fowke streaked up an unguarded short-side and Brad Barnes converted.

They failed to capitalise, however, and Craig Jackson’s chip set up Brown for his second following a flowing counter-attack.

Will Safe’s yellow card for a tip-tackle five minutes into the second period gave Lydney some encouragement, but they were unable to make their superior numbers pay and Hartpury continued to control proceedings.

Restored to their full complement, some fine hands from Gareth Thompson set Alex O’Meara free for a try on the right as the hour approached.

Replacement back-three players Thompson and O’Meara were proving a potent combination, and they linked up again out wide to create a try for the former that he converted himself.

And Thompson rounded off the scoring on the final whistle after side-stepping his way over from a tapped penalty and slotting the simple conversion from in front of the posts.

Hartpury would like to thank Lydney for an excellent match and wish them well for the season.

Hartpury’s next match is at home to Wharfedale on Saturday 6th September, our first ever National Division One fixture. 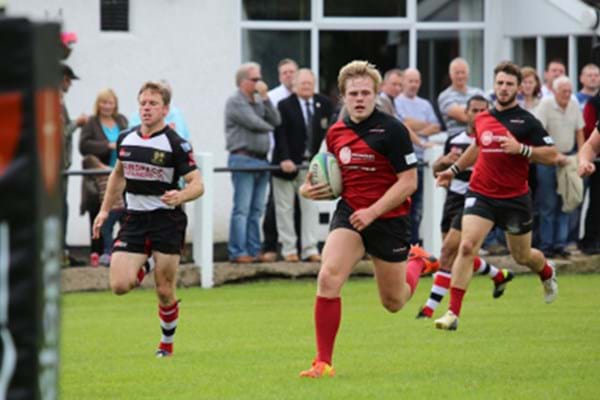