Hartpury were never in the contest from the first whistle and discovered the hard way exactly the standard that is required in National One against a Richmond outfit playing fast-paced, expansive rugby.

Davies accounted for the Londoners’ first three scores, touching down first from a 25-metre driving maul before cutting through from distance and then burrowing over from close-range.

Gareth Thompson landed a penalty for Hartpury in the middle of that flurry, but Richmond’s Rob Kirby was on-target with each conversion and a penalty of his own to give the visitors a 24-3 lead at the break.

Thompson gave Hartpury the ideal start to the second period when he sliced through off a scrum and converted his own try.

But Richmond re-established control immediately and sealed the bonus point when winger Adam Gadsby cut Hartpury open from a tapped penalty and raced home under the posts.

Davies bagged his fourth try from another catch-and-drive before replacement Joe Burton finished a flowing move out wide, with Kirby keeping up his perfect conversion record.

A beleaguered Hartpury clawed a second try back on the hour through Lewis Ludlow, who touched down at the back of a driving maul for Thompson to convert.

Once again, however, the respite was only brief and Davies powered over to grab his fifth, and Tom Sargent grounded at full stretch to round off a crushing Richmond victory.

Hartpury would like to thank Richmond for an excellent match and look forward to the return fixture in January.

Hartpury’s next match is away to Macclesfield on Saturday 27th September. 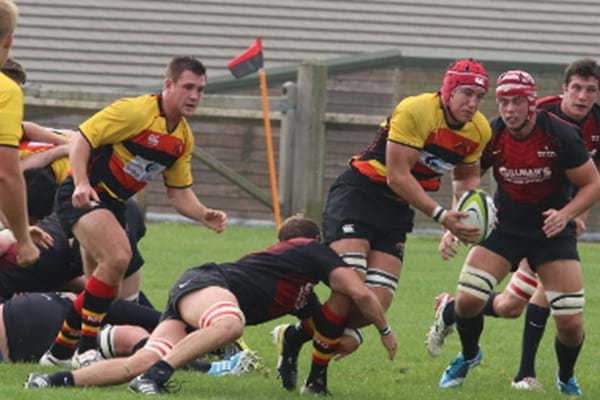