Four Hartpury students were in scintillating form for the England London and South East region as they romped to victory in the Sainsburys 2014 UK School Games in Manchester.

The winning team featured Tazmin Bricknell, Sarah Bern, Zoe Harrison and Sydney Gregson, who are all on the successful Advanced Apprenticeship in Sporting Excellence (AASE) Women’s Rugby programme at Hartpury.

England London and South East took home gold as they held off a second-half comeback from England South West to win 33-19, Jess Breach touching down twice. England North finished third after beating Wales Dragons A 49-7.
More than 1,600 athletes featured in the UK School Games competing in 11 sports.
Peter Cook, who is Hartpury’s AASE Women's Rugby Manager, said: “Taking part in a national competition on such a huge scale was a fantastic opportunity for the girls and one that can only benefit their development.

“Having four girls competing for the winning region is a huge achievement, but so is having 10 girls selected for such a high-profile tournament. It shows the strength and reputation of the AASE programme here at Hartpury.” 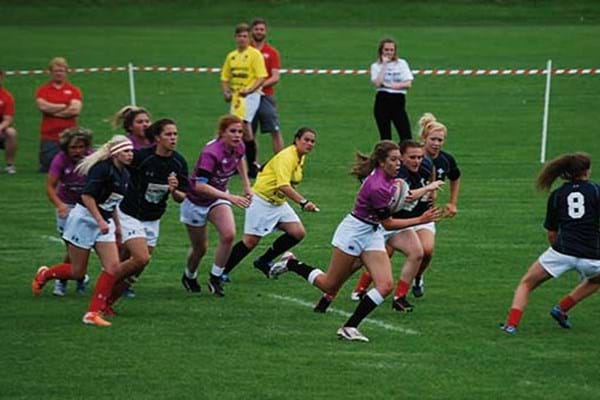