With excitement for Rugby World Cup 2015 rapidly building, one Hartpury graduate will already have insider knowledge of one of the teams heading to Kingsholm for their pool clashes.

Ryszard Chadwick has played a key role in the growth of rugby in the USA since heading out there in 2013, including an internship with the national team, who will use Hartpury as a Team Base during the tournament.

As a coaching intern, Chadwick shadowed the USA Eagles – the national men’s team - being involved with their day to day training and meetings, interviewing coaches, staff and players ahead of a clash with the New Zealand Maori, when he was pitchside for the game.

He also works closely with the IRB, travelling around the USA delivering IRB coach qualification courses, and coaches the county (State) Under-19s team, where the best players in the state come together and train under the Empire State name, providing a pathway into the national rugby set-up.

His main role, however, is working for Play Rugby USA (PRUSA) - a non-profit organisation whose mission is to develop youth through rugby with the vision of 'creating a better world through rugby'.

As the Play Rugby USA Academy manager, he is responsible for managing a 10-strong team that recruits the best Under-19s players from public schools in New York City for a year-long development programme, playing a mixture of Sevens and 15-a-side.

He said: “The programme is about more than bringing them on as people as well as rugby players. As well as elite training and coaching, they complete modules that help with their overall development and gain support in the search for the right university for them and scholarships.

Chadwick, who completed his Masters in Coaching Science after his degree in Sports Coaching at Hartpury, is also the head academy coach for the Play Rugby USA Academy, planning and delivering sessions.

The academy’s girls team have won two Summer Sevens Championships, reached the semi-final in a national Sevens tournament and are the 15s New York State champions of 2014. The boys are among the top teams in the Empire State area.

“The coaches or Youth Development Mentors as they are known in PRUSA are very much mentors, giving the players life skills off the field as well so that they have more opportunities to succeed in life. If you improve the person, you improve their rugby.

“I’m also responsible for developing and educating the Play Rugby USA YDMs, from novices to school teachers, which is hugely rewarding.

“I have no doubt that without the education and support I received from the staff at Hartpury and being part of the unique environment and culture that exists at the college, I could never have accomplished what I have done this far.

“I would recommend Hartpury to anyone who wants to be involved in a career with sport; it opens a lot of doors.”
You call follow Ryszard on twitter @ryszardchadwick 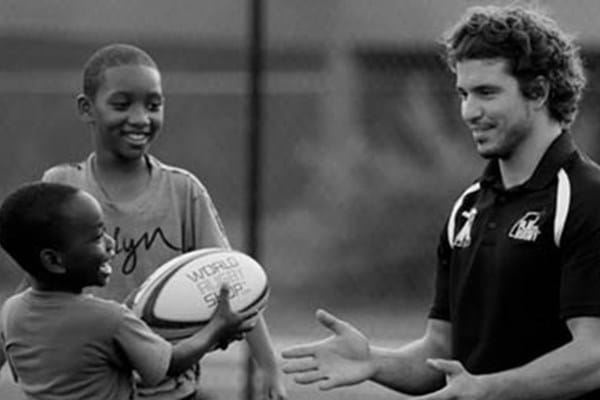