Hartpury College lecturer Sue Chant battled tough conditions to shine at the UK Ultimate Half Triathlon and raise funds in memory of her friend.

Held at the picturesque venue of Dearnford Lake, Shropshire, Sue completed the course in eight hours and 10 minutes.

And the training paid off, as Sue battled the headwind, hailstones and rain on the bike leg to complete the demanding course.

The Hartpury Horse Management lecturer signed up to the event in memory of friend and Hartpury colleague Angela Kearns, who sadly passed away from breast cancer earlier this year. They had both been through breast cancer treatment and became very close. Sue used the event to help raise funds for Breast Cancer Care, a charity very close to her, as she is in remission from the disease.

She said: “Before I was diagnosed, my aim was to complete a Half Iron Woman triathlon event, and once I felt recovered, it was a goal to aim for.

“The event itself was very hard, with more than 1000 feet of climbing twice on the bike ride as it was a two-lap course, as well as having to deal with the strong winds! But I’m so happy I completed it for a cause which is very close to my own heart.

“I’m definitely thinking of competing in the full triathlon next year. Hopefully I will give myself a bit more preparation this time!”

Sue has set up a Just Giving page. If you would like to make a donation, please visit www.justgiving.com/sue-chant 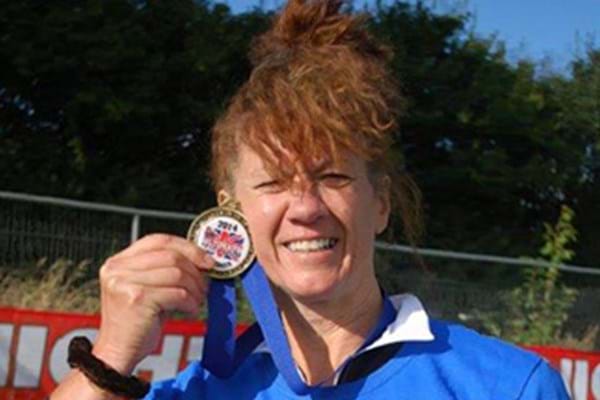