Hartpury College and Gloucester Rugby are delighted to announce that Jersey RFC lock James Voss will be the first recipient of the Gloucester-Hartpury scholarship.

Gloucester Rugby and Hartpury, who already enjoy a close working relationship, launched the unique scholarship to support exceptional rugby talent for university students at the start of the current season.

The scheme will provide financial support to a limited number of individuals who have the ability to pursue higher level study and who can demonstrate the potential to play at Premiership level.

And both parties are now pleased to confirm that James Voss has been selected as the first recipient following a rigorous selection process and will start at Hartpury in September.

Voss, a 19 year old forward has been impressing in recent months for Greene King Championship side Jersey after making his debut against Newcastle Falcons aged just 18, a game where he was also named Man of the Match.

The scholarship covers his accommodation and tuition fees, meaning that Voss will study a foundation degree in Sports Business management at Hartpury College as well as developing his burgeoning rugby career with the Gloucester Rugby and the Hartpury Senior Rugby programme.

It’s an exciting development, and it is hoped that James will follow in the footsteps of the likes of Koree Britton, Billy Burns, Gareth Evans, Jonny May, Ryan Mills, Steph Reynolds, Dan Robson, Tom Savage, Charlie Sharples, Elliott Stooke and Henry Trinder who have all studied at Hartpury and starred for Gloucester Rugby.

"Rugby players are continually having to find the balance between developing the skills needed for life after rugby, either through injury or retirement, and giving themselves the best chance of succeeding in the professional game.

"It is truly the best of both worlds. I would like to congratulate James Voss on being the first Gloucester-Hartpury scholar and look forward to seeing him develop both his rugby and gain a degree with us." 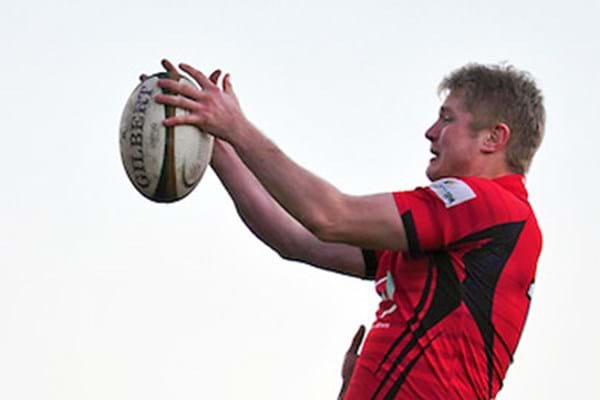