A superb display of control and discipline helped Hartpury College RFC to a bonus-point 23-7 win at Southend.

The visitors broke the deadlock on seven minutes when Craig Jackson (pictured) scampered over in the corner after slick handling from the back line off a maul.

On a pitch that was only passed playable following a morning inspection, the game resembled the proverbial chess match as both teams attempted to outmanoeuvre their opponents through their kicking game.

Hartpury demonstrated great patience and they were rewarded four minutes before the break with Steve Leonard gliding over out wide.

The away side continued to press at the start of the second half, which yielded an early yellow card for Marcus Bloomberg as the hooker tried illegally to halt a driving maul.

But there was no denying Hartpury at the subsequent catch-and-drive. The pack executed the lineout perfectly and captain Chris Fortey touched down at the back.

Nine minutes later and the Gloucestershire outfit wrapped up the four-try bonus point as winger Jaike Carter sneaked through on the short side of another maul.

Southend, who had been resolute in defence but had rarely caught a glimpse of the ball, finally enjoyed some decent possession as the hour-mark approached.

Hartpury were obliged to exhibit some defensive grit of their own as the home forwards carried hard and direct, while only a brilliant last-ditch tackle from Leonard prevented Mark Billings from finishing off a crossfield kick.

Southend toiled to salvage an unlikely result from the game, but Hartpury held out in relative comfort and travelled back to the West Country with the full share of the spoils.

Hartpury would like to thank Southend for their excellent hospitality and wish them well for the rest of the season.

Hartpury’s next match is at home to Chinnor on Saturday 25th January. 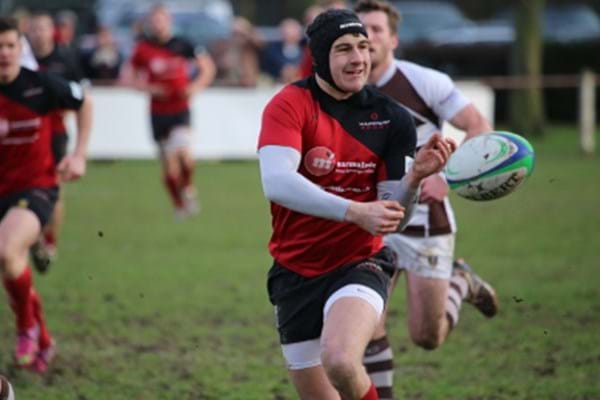