New Trabzonspor signing Abdul Majeed Waris has the potential to play a starring role on the European stage for his new club, according to Hartpury’s Director of Football, Tom Radcliffe.

The former Hartpury College student finalised his move to the Turkish Super Lig side on deadline day, signing a four-year deal after moving from Russia’s Spartak Moscow, and Radcliffe believes his former charge will be a great addition to an already strong squad.

“I think this will be an excellent move for Waris; a chance to test himself in a new league in a new environment,” he said.

“He’s already had spells with BK Häcken and Valenciennes where he has shown he is a proven goal scorer. He wasn’t given a real chance in Russia to show what he’s capable of but I know he’ll be a fantastic addition for Trabzonspor.

“He’s a hard-working lad and has already achieved so much thanks to his dedication and I look forward to watching his continued development.”

Waris, 22, will look to follow in the footsteps of fellow graduate David Accam as he bids to become the second Hartpury student to feature in the Europa League with Trabzonspor appearing in this year’s competition thanks to a fourth place finish in the Super Lig.

The forward scored nine goals in 16 appearances on loan at French side Valenciennes last season and also boasts 30 goals in 63 appearances during his two-year stint in Sweden. Before signing for Trabzonspor, Waris was rumoured to be attracting interest from Premier League new boys Leicester City.
The Ghana international was also instrumental in his country’s World Cup campaign as he scored three goals in four qualification games to help take the Black Stars to the finals in Brazil. He also made his World Cup debut during the tournament, playing 70 minutes of their Group G clash against Portugal.

Waris, who scored 36 goals in 21 games for Hartpury, including a hat-trick in the final of the England Schools National Cup, is the latest in a string of Hartpury players including Matt Smith, Jake Gosling, James Pearson and David Accam to have signed professional contracts and played at the highest levels since leaving Hartpury. 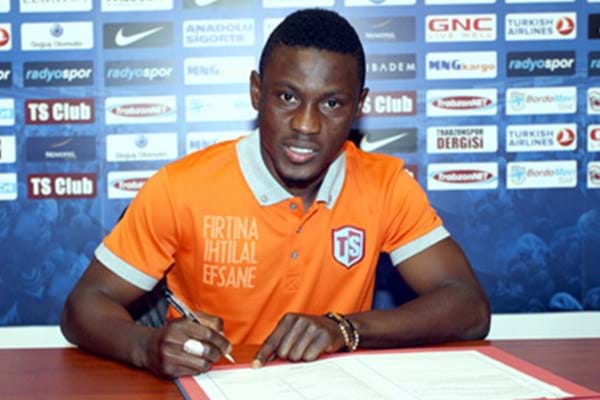