Three Hartpury netballers will test themselves against the best young netballers in the country this season in the National Performance League.

The National Performance League (NPL) is an Under-19s competition for aspiring elite athletes to come up against other top teams across the country and face other prospective future England players.

Reed, who was selected in the Under-19s England squad last month, has been selected for the second year in a row for Team Bath. Once she has recovered from an ankle injury, she will be fighting for a place in the starting line-up when matches begin in December.

"I'm excited for the season and looking forward to working with a new coach this year, Alicia Johns," said Reed.

“I’ll have the opportunity to train alongside Team Bath Superleague players, which will test my skills under pressure and should really boost my development. My ambition is to eventually secure a Superleague contract.”

The reputation and success of Hartpury’s netball programme has prompted Blampied to make the move to the college from her home in Jersey. This is her first selection for the Team Bath NPL franchise and she is looking forward to challenging herself.

She said: "I'm excited to get going with Hartpury and Team Bath and test myself with new players and new coaches.

“Last year, I missed out on selections having previously been involved in the Futures programme, so I’m really pleased to be back in the mix and I’m hoping to use this opportunity to push on to the next level."

Eighteen-year-old Hull, like Reed, is in her second year with Hartpury’s netball programme. She has worked exceptionally hard to achieve her goal of NPL level representation and that determination and focus has now paid off with her first selection.

She has been selected as a goalkeeper and goal shooter, which shows her versatility and strength. At Hartpury, Hull has worked hard to learn new defence skills as well as keeping on top of her shooting game.

"It’s encouraging to know that the Warriors have recognised the improvements in my game and that they want me on board as a result,” said Hill. “They have recruited plenty of new players so it’s an exciting time to be getting involved.”

Hartpury netball programme manager, Sarah Pretty, said: “Everyone involved with the netball programme at Hartpury is immensely proud of these selections and we wish the girls all the best for the season with their NPL teams. We’re also looking forward to continuing to support them with their development as they look to keep moving up the levels." 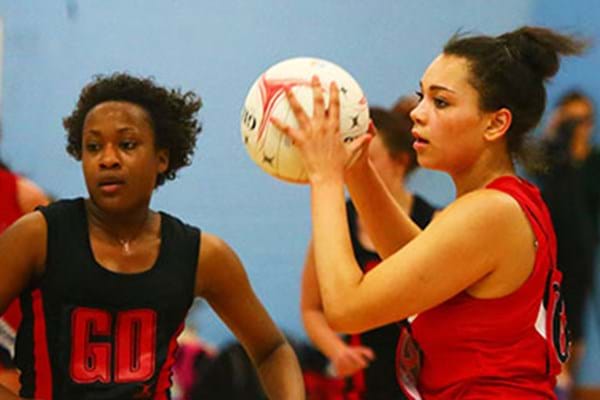