While stars like Zlatan Ibrahimovic have been lighting up the Parc des Princes in Paris, Ben Houri has worked his way up the coaching ladder to become a sports director of the PSG International Soccer Schools.

Ben began studying at Hartpury in 2009 on a Sports Performance Foundation Degree. As a requirement of his course, he had to secure a work placement and was able to get a job with a PSG Soccer School in the summer of 2010.

Ben said: “From the beginning of my studies at Hartpury, I really enjoyed the course. Every single module was aimed at providing me with the knowledge to succeed in an environment like a professional football club. It gave me the opportunity to get real hands-on experience and put the theory I was learning to the test.

“The lecturers at Hartpury supported me fully and helped me gain a placement at PSG, and then from there I was able to use everything that I had learned to impress their staff.”

Impressing in the coaching sessions he delivered, he was offered a paid contract to work with PSG the following summer. Then, after he finished his degree, he was offered the position of assistant coach with the Under-17s squad.

“It was great to spend time with PSG, and I was delighted that they offered me a full-time role once I had completed my degree. I came back from my work placement determined to do the best I could in my course. Thankfully, with the help of many personal tutorials and long hours spent in the library, I was able to complete my degree and use it positively at PSG.”

After two successful seasons with the Under-17s, he took on a similar role with the Under-15s and Ben made such an impression that he was offered the role of sports director. He now oversees soccer schools worldwide.

As part of his new role, Ben has already worked in Qatar and Morocco and with other schools in India, Brazil, and New York, he can expect further jet-setting. The club is also looking to expand its operations across other continents.

The soccer schools are run throughout the summer for children aged six to 16 years at a range of different venues worldwide. Led by a Paris Saint-Germain coach and local coaches who have been instructed in the club’s training techniques, the children benefit from a quality of training identical to that used at the heart of Paris Saint-Germain’s youth teams.

Ben added: “I was delighted that they offered me the position, and I’m really looking forward to getting stuck in and making sure all of our soccer schools continue running to our high standards.

“It just goes to show that if you work hard and take advantage of the resources that Hartpury can offer, it really can help you find a job in the industry you love – like I did!” 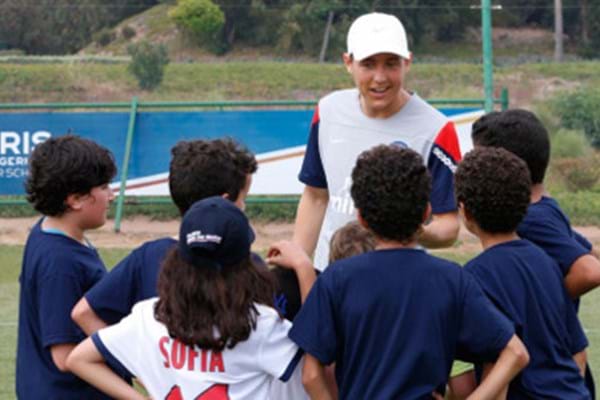