Hartpury’s golfers got their Intercollegiate Tour Championship off to a flying start with double figure victories in the two opening rounds of their regional qualifiers.

The college stole the show in the first round at Tewkesbury Park with a 31-shot victory in the gross division. Current Order of Merit leader, Alex Chalk, shot a three under par 69 as the six-man team also strolled to victory in the nett division by 23 shots.

Sam Boffin (72), Kieran Sutton (75), Alex Ireland and Nick Ramshaw (both 76) were the other four contributing scores on the day as Hartpury beat Moulton College into second place.

Seventeen-year-old Joe Harvey’s score of 66 was the standout in round two at Northants Country Golf Club as Hartpury again cruised to victory by 10 shots in the gross division, with Moulton and Hartpury’s second team tied in second spot.

Harvey, who had almost no time to warm up before his round following a two and a half hour bus journey, finished with an eagle three on the 18th hole to finish four under par.

Hartpury also wrapped up the nett division as the second team produced a string of excellent performances to push Birmingham Metropolitan College into second place.

Harvey and Chalk currently sit atop the competition’s Order of Merit after producing round one and two’s lowest scores. The pair are closely followed by fellow Hartpury students Sam Boffin and Joel Smith, who sit fourth and fifth respectively with Moulton College’s Tom Forster splitting the two pairs.

The college’s sides also currently occupy three of the four top spots in the overall standings in the gross division after two rounds and the top two spots in the nett table. 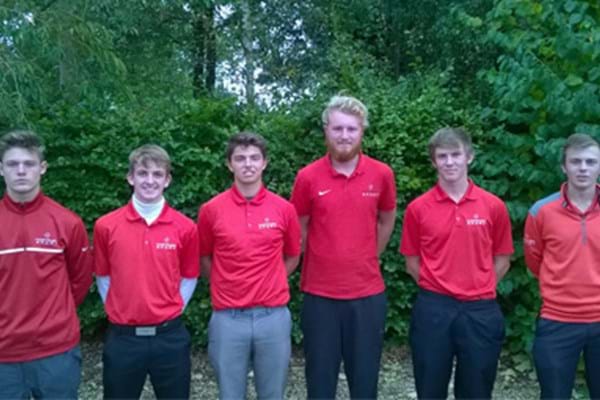