Hartpury cut loose with a barrage of eight tries, including two hat-tricks, as Tynedale suffered on their first ever visit to the College.

With three wins out of four coming into the game, the hosts had every reason to feel confident, but their home form had not been reassuring and Tynedale’s five wins from seven games played was further reason for concern.

But any pre-match doubts were unfounded as Hartpury turned in a strong display to earn the winning bonus point and send the visitors back north with nothing to show for their efforts.

Even more pleasing for the vociferous crowd was that, for arguably the first time this season, the Hartpury three-quarters represented a real and consistent attacking threat. In particular, a third quarter blitz of three tries in nine minutes sealed the result after Tyne’s dogged first half effort.

Dry conditions and a firm pitch were the perfect environment for Hartpury, but they were initially made to work hard by a visiting side determined not have made the 300-mile round trip in vain.

Three tries to one gave the hosts a healthy 24-7 half time advantage, although the scoreline at that stage flattered them slightly. Tynedale enjoyed plenty of territory and possession before the break, playing into a stiff breeze, although without ever seriously threatening the students’ try-line.

Indeed, only some weak tackling enabled Tyne’s Gavin Beasley to skip over to reduce the deficit that had been created by two early tries for Dan Thomas and one for Jaike Carter on 27 minutes.

Thomas’s all-action approach saw him involved in everything. His first try, after eight minutes, came after he was initially pulled down a couple of metres short and he was then on hand to nip over for his second after appearing on the blind-side after Hartpury had looked set to drive over.

Carter, in scoring his first, owed much to a very neat break by centre Tom Griffiths, although the winger still had plenty to do after receiving the scoring pass from McConnochie.

After the break Hartpury stepped up a gear and the visitors could find no answers in the face of an increasingly confident back division. Thomas clinched his hat-trick by supporting another outstanding 40-metre run by Griffiths and, five minutes later, good hands involving Griffiths and McConnochie created the chance for Carter to beat his man to the corner once again.

All of the first five tries were improved by Burton, who kicked beautifully.

Tyne fell further behind when a clearance by Beasley was run back at them by England sevens player McConnochie. His pass gave Reynolds the chance to outstrip the cover defence and Hartpury were out of sight.


Louis Frankland did respond after a forward drive by Tyne but Hartpury were now irrepressible. Carter completed his own hat-trick on 66 minutes after replacements Stratford and Tanner had forced a turnover and replacement winger Alex O’Meara squeezed into the corner with the final play to round things off.
.
This was by no means a perfect performance by the students. The penalty count against was still too high, tackles were missed and passes were dropped. However, to sit sixth in the table with 24 points from eight games will probably keep the coaches happy – for now.

Hartpury are looking increasingly comfortable at this level and will relish the test of travelling to unbeaten leaders Ealing next weekend as a benchmark of where they really are in their development. 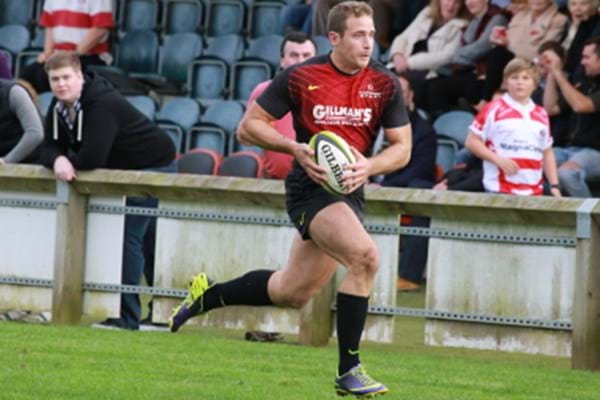