A new era of rugby began at Hartpury yesterday, with the Gloucester-Hartpury women’s rugby squad taking part in their first ever fixture.

Under the watchful eye of their coach, former England international Susie Appleby, the team faced Old Newtonians and put in an impressive performance, where their attacking prowess was illustrated with a six-try showing.

In a thoroughly entertaining contest, the team were able to secure a 35-31 victory, giving them the perfect start to their campaign.

In their first outing as a team, captain Stacy Hardie led from the front with two tries, which was just reward for her powerful carries throughout the game.

The side’s youth and experience combined well and the half-back pairing of Holly Histed and Jess Morgan were able to link up and release newcomer Hannah Hart on multiple mazy runs, which saw her scythe through the Old Newtonians defence to grab a brace of tries.

The Gloucester-Hartpury pack were also dominant with front row forwards Pip Payne and Gilli Pontin particularly impressive, and the former was able to capitalise on this and claim two tries for herself.

Both teams needed to step up their defence but there were plenty of positive for head coach Appleby to take out of the game as she prepares her team for their next fixture against Devizes on Sunday, November 9th.

She said: “I was extremely proud of the whole team for their performance, and they can all be pleased with the way the game panned out. We were up against a well-established team in tricky conditions so to score six tries and win the game shows their potential.

“We will only improve as a squad and I know everybody is already looking forward to the next game.” 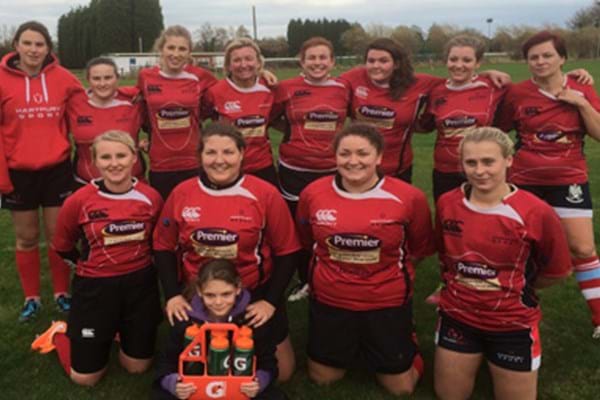