Hartpury’s golfers began their British Schools and Colleges Tour title defence in style with a runaway victory in the opening round of this year’s competition.

Hartpury’s final winning score of 299 consisted of Harvey’s 70, two scores of 76 from Sam Boffin and Alex Chalk and a 77 from Kieran Sutton, with the four best scores out of six giving the final result.

Rich King, Hartpury’s golf manager, said: “This was a very good opening performance by the team in testing conditions. It gives us a real solid platform to build on in the defence of our title.”

There was more good news for another Hartpury student as the college’s first Scotland international, Alex Chalk, claimed victory for Scotland Schools.

Chalk, 16, won his foursomes match 5 and 4 in the morning before losing his singles match 2 and 1 as Scotland unfortunately went down 10-8 to a strong England side at Southport and Ainsdale Golf Club.

King added: “This was good experience for Alex as he was up against some of the best young players in Britain and to come away with a convincing win and a narrow loss is an encouraging result. Playing against top players will aid his development, so being part of this Scotland side was a great opportunity and I’m sure he will be involved in many more.” 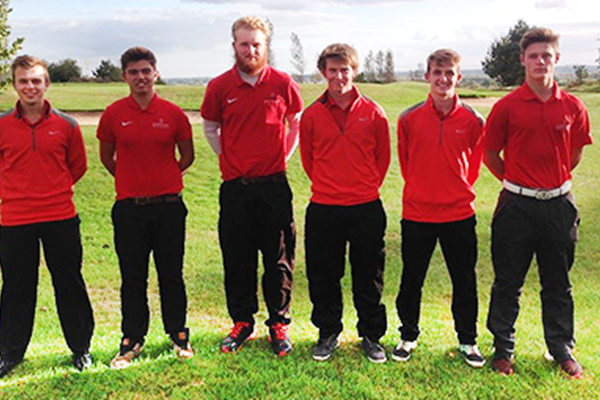