Hartpury’s netballers made it three County Schools Championships triumphs in a row as they went unbeaten through the tournament.

Sarah Pretty’s side picked up their sixth County Schools title in seven years as they stormed to victory in rainy conditions, powering past 10 teams. With a shorter format introduced, the games only lasted 14 minutes. The girls came through a tough opening test against Chosen Hill – a side containing Netball Premier League and regional academy players.

Leading at half-time, Hartpury went on to win the game 11-8 before going on to finish the group unbeaten in seven other games, scoring 134 points and conceding just 23.

Hartpury were given a tougher test in the semi-final against Stroud High School as the heavens opened. Leading again at half-time, Sarah Pretty’s side were put under pressure in the second period but came away 11-7 winners, guaranteeing them a place in the Regional Schools competition.

The girls faced earlier opponents Chosen Hill in the final and were able to put in a more commanding performance second time round with a 9-2 victory to ensure the trophy remained at Hartpury.

The team will now take part in the Regional Schools tournament as they look to secure the opportunity to represent the South West again at the National Schools event next March. 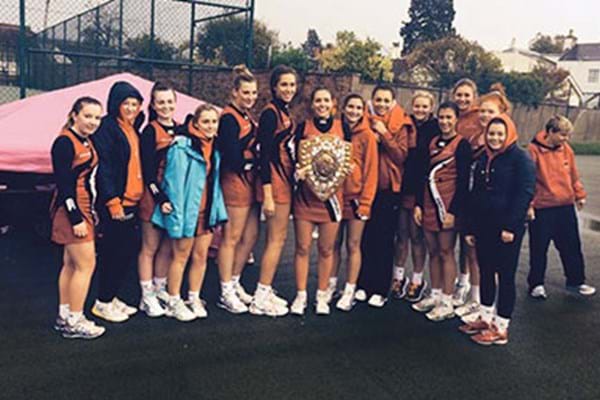