Megan Jones, Sydney Gregson and Abbie Brown have all been called up to the Elite Player Squad that will compete in the Six Nations in February and March and the IRB Sevens World Series, which kicks off in Dubai in December.

Their Hartpury team-mates - Zoe Aldcroft, Sarah Bern, May Campbell and Jade Shekells - have all been selected for the 26-strong England Under-20s, who will play France home and away in February and March and will also contest an international summer tour.

The former coach of that programme, Danielle Waterman, also features in the Elite Player Squad, while five talented players who graduated from the programme last year have also made the Under-20s squad - Vicci Cogger, Caity Mattinson, Lucy Nye, Amy Wigley and Millie Wood.

Peter Cook, who heads up the AASE Women’s Rugby programme at Hartpury, said: “This is an exceptionally proud day for everyone at Hartpury, seeing so many of our current and former students picked for international squads.

“It’s testament to the strength of the AASE programme here that it continues to produce such a wealth of young women’s rugby talent and with news like this, its reputation will only continue to grow.

“It’s likely that some of the girls will play across both the elite and Under-20s squads and I know that whatever opportunity they get, they will grab it with both hands.

“They will all take confidence from playing and training alongside so many others who have come through the Hartpury ranks, and for the girls in the elite squad, being among World Cup winners will be a real inspiration. Everyone at Hartpury wishes them all the best as they pursue their dreams of playing at the highest level.” 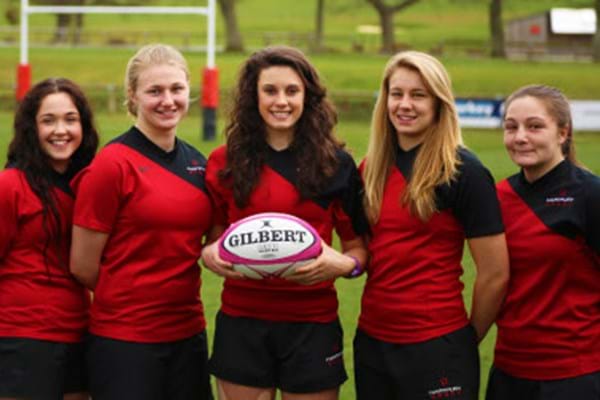