Estonia’s Martin Vunk, a former Hartpury College student, was looking to upset Wayne Rooney and co as his national side came face to face with England in a recent European Championship qualifier.

Despite eventually going down 1-0 to a side over 60 places above them in the FIFA world rankings, Vunk started the game and played the majority of it before being substituted late on.

The midfielder, 30, who holds a degree in Sports Business Management from Hartpury, picked up his 63rd cap for his native side – a figure only a handful of England players on the night were able to match.

Vunk currently plies his trade in his home nation’s equivalent of the Premier League, the Meistriliiga, playing for Nomme Kalju FC. He has spent the majority of his career since graduating playing for various teams throughout this league, racking up close to 300 appearances
.
There was more international action as well for Hartpury’s Jake Gosling as the former student continues to impress for fledgling national side, Gibraltar.

The Bristol Rovers winger played a full 90 minutes against a strong Republic of Ireland side including stars like Robbie Keane, Aidan McGeady and John O’Shea, all of whom have significant Premier League and International experience under their belts.

Gosling’s side eventually lost 7-0 on the night but, with only a handful of full-time professionals, this was no disgrace. Gosling is one of only two Gibraltar players currently playing in England full-time, alongside Preston North End’s Scott Wiseman.

Gibraltar were only admitted as a full UEFA member back in May 2013 following a 20-year-long campaign. Despite losing heavily to Poland and the Republic of Ireland, the side have tasted victory with a 1-0 win over Malta.

Gosling and co face even tougher tests over the remainder of the qualifying period as their group also contains current World Champions, Germany, Poland (who recently beat Germany 2-0), Scotland and Georgia – all of whom are ranked far above them in the most recent world rankings. 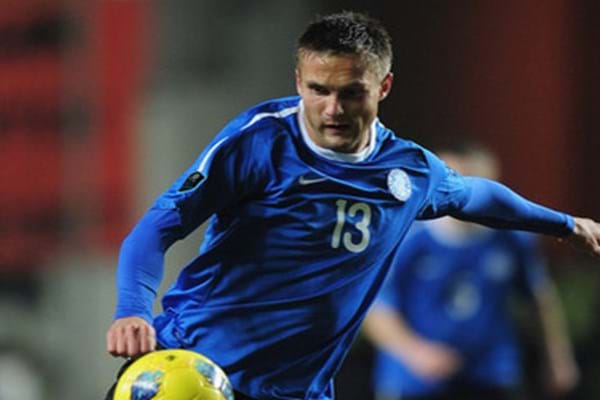