Former Hartpury College golfer Tyler Hogarty blew away the competition at Magnolia Park to take his first victory of the season on the Jamega Pro Golf Tour.

Hogarty, 22, carded a nine-under-par 64 in his first round to take a three-shot lead, which proved unassailable as a second round score of 71 gave him a five-shot victory overall.

The South African-born player, who only turned professional towards the end of last year, carded seven birdies and an eagle on his way to a blemish-free scorecard in his first round.

Hogarty has found success on the MENA Tour since leaving Hartpury, where he secured a third place finish at the Abu Dhabi Golf Citizen Open – the highest finish by an amateur to date. Since turning professional he has finished 15th on the MENA Tour order of merit, which included four top 10 finishes.

There was success for another Hartpury student as Englishman Jamie Dick, 18, helped a Great Britain and Ireland team to a hard-fought 12 ½-11 ½ victory over a European team in the Jaques Leglise Trophy.

Dick helped his side to a one-point victory as Great Britain and Ireland clung onto the trophy which they won in Wales last year with a more comprehensive 15-9 victory.

Hartpury’s golf manager, Rich King, said: “It’s great to see players who have come and studied here and been part of our golf programme doing so well after leaving us. Both Tyler and Jamie have a great amount of drive and determination as well as skill and I look forward to seeing where they take their careers. Everyone here will be keeping a close eye on their progress.” 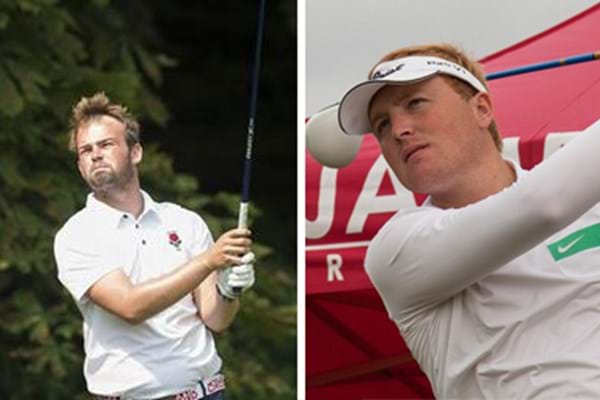