Hartpury started well, keeping the ball on the floor and dominating possession. Ross Staley combined well with George Miller with a neat one-two off the left and Staley, continuing his run infield, found Mitch Botfield whose low drive was smartly saved by the keeper.

Jordy Nkunga and Matt Williams were outstanding, snuffing out any Exeter attacks before they had the chance to gain momentum. An excellent aerial win in the centre of the park from Williams started a Hartpury attack that culminated in the first goal.

The ball landed at the feet of right winger Ed Williams, who took on his man and played a great through ball to Botfield who had made a surging run from the midfield.

Botfield’s shot was saved by the goalkeeper but Scott Wilson tapped in the rebound.

Hartpury’s second came from a set piece after good wing play from Staley. The ensuing corner was played short and Miller burst inside the box unchallenged and unleashed a low rasping drive.

The Exeter keeper once again got down excellently but could do nothing as Williams turned in the rebound off the post.

Hartpury went into the half-time break 2-0 up and Exeter had their goalkeeper to thank for still being in the game.

The second half started in the same vein with Matt Liddiard, Millier and Botfield controlling the midfield and the game.

The first half combination that helped set up the first goal struck again. Ed Williams picked up the ball on the halfway line and gave the ball infield to Botfield. Botfield’s first touch was superb on the turn and he then unleashed a shot into the top corner, Exeter’s keeper left with no chance.

Ross Staley put the game to bed shortly after the 60th minute mark. Wilson, still running hard, latched on to a channel ball and held it up while Staley ghosted inside, leaving his marker. Wilson timed his pass perfectly as he played in Staley, who made no mistake with a low near post finish.

Hartpury took their foot off the gas but retained possession and did not take unnecessary risks.

Wilson had a chance to double his tally for the day when right back Jimmy Oates travelled up the right flank and delivered a fantastic cross to an unmarked Wilson at the back post, but his downward header came back off the post. 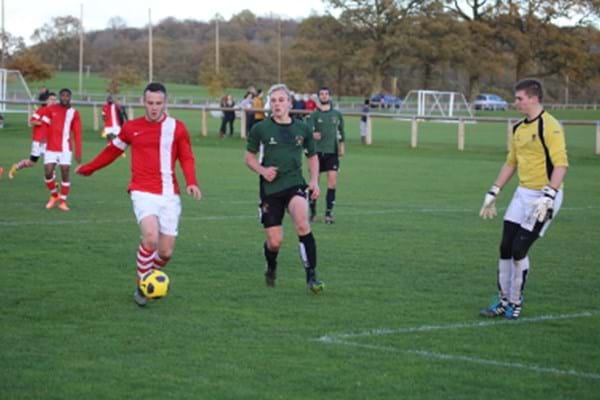