It took a last minute opportunist try from Exeter to snatch a 20-15 victory in a scrappy game that saw both teams have periods of control.
With a slight breeze in Hartpury’s favour, the physical early exchanges brought no slip up from either team with defences holding firm.

However, after 10 minutes, Hartpury centre and captain George Boulton cut through the Exeter midfield, outpacing the cover defence to touch down by the posts. Full-back Sam Westcott converted.
Exeter then began to take control. After a ruck infringement close to Hartpury’s line, home scrum-half Ben Ellis received a yellow card. The resultant step-up in pressure saw the Exeter number eight force his way over after a strong driving maul. The conversion was missed.

Almost as soon as they were restored to their full complement, Hartpury received another yellow card when prop Des Merrey paid the price for his team’s repeated penalty offences.
Opting for the penalty scrum, Exeter pushed their way over against a depleted Hartpury pack, their number eight grabbing his second try. With the conversion missed, Hartpury trailed 10-7 at half-time.
After the break, possession continued to ebb and flow between the side, who were both guilty of errors that slowed the flow of the game.
On 50 minutes, Exeter’s fly-half landed a simply penalty from 25 metres out but Hartpury quickly cut the deficit as an Alex Brown chip which was fumbled by the Exeter backfield was pounced on by the chasing Brown for him to score. The conversion was missed but Hartpury were now only a point adrift.

Hartpury built up the pressure on the Exeter line but winger Kai Little was tackled into touch by a dogged Exeter defence.

They did, however, turn pressure into points when Exeter’s prop was yellow-carded and Westcott slotted the penalty to take a 15-13 lead.

Hartpury looked to be in control for the closing stages but a turnover allowed Exeter to work their way up the pitch into Hartpury territory.

After multiple phases, with a penalty advantage owing, the Exeter scrum-half chipped behind the defence for his wing to win the race to the ball to score. With the conversion on target from out wide, Exeter snatched the 20-15 victory, leaving Hartpury heartbroken having once again conceded a last gasp score that turned victory into defeat. 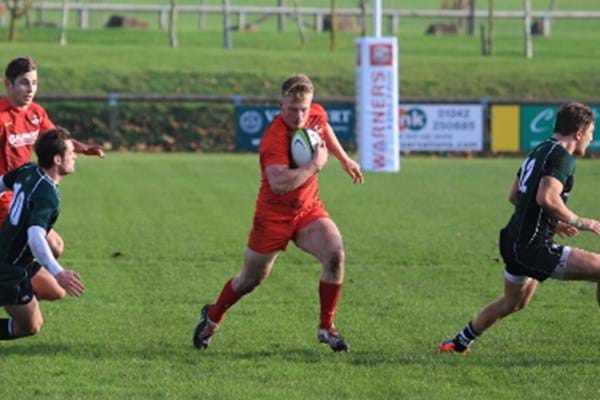