Hartpury’s junior netball team were unbeaten for the fourth year in a row at the British Colleges Sport Regional Championships as they clinched the title and another chance to represent the West Midlands at next year’s National Championships.

This year, Hartpury entered the tournament with a younger, more inexperienced side but did not disappoint as they went on to dominate in every game.

Sarah Pretty’s side won all six of their games en route to winning the trophy at the Worcester Arena, racking up 113 points along the way and conceding only 21.

“The girls worked well together and proved that there is a lot of talent in this squad, which is drawn from both the first and second years,” Sarah said.

“It was great to give some of the more inexperienced players a chance to show what they can do in a regional tournament situation and they didn’t disappoint.

“We came up against some strong sides who were all worthy of representing the West Midlands and the girls had to all be at the top of their games. There’s still a long way to go between now and the finals in March and we’ll continue to work hard as we look to improve on last year’s second place finish at the National Championships.”

Hartpury were drawn in a tough group alongside Birmingham Metropolitan College, King Edward VI College and Walford and North Shropshire College. Birmingham were the first side to taste defeat as they went down 19-4 to the Hartpury girls before the college side rounded off the group with 12-6 and 25-0 victories over King Edward and Walford and North Shropshire respectively.

King Edward VI Nuneaton were brushed aside at the quarter-final stage as Hartpury won 21-3 before racking up their fifth straight win over Warwickshire College, the final score being 17-2.

Runners-up in Hartpury’s group, Stourbridge, provided the final challenge of the day but

were again outclassed by Sarah Pretty’s side as Hartpury cruised to a 19-6 victory to claim the title and their passage to the National Championships. 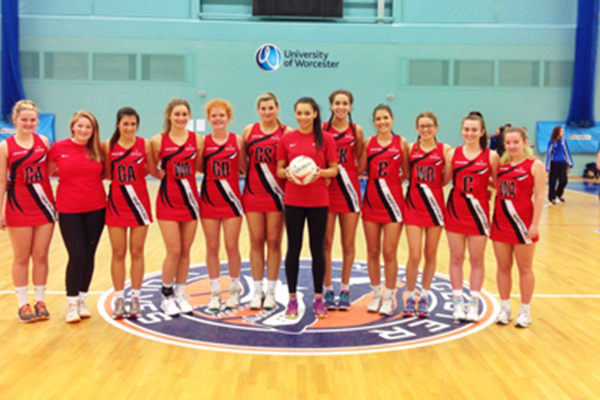