Rosslyn Park are pushing hard on the heels of current league leaders Ealing and, on this showing, it was easy to see why. Their game is built around a juggernaut of a forward pack who are not only a handful at the set-piece but who also possess a number of damaging ball-carriers.

Half backs Gash and Grimoldby were neat and efficient at their heels and, outside them, the three-quarters were happy to run straight and create a target for the forwards. The whole Park game plan is based around creating field position from which to unload another series of punishing drives and rolling mauls. Simple, low risk and effective.

The young Hartpury team have, generally, coped well with the increased physicality evident since their promotion although, as half time approached in this fixture, there was a real danger of the hosts simply being mauled to death.

The fact that it did not happen, and that the game was still very much alive with 10 minutes to go, says much for the enterprise and fortitude shown by the student side.

Somewhat surprisingly, the match was played in mild, sunny conditions with only the lightest of breezes. The pitch was wet following the overnight deluge but the surface held up well enough to allow both sides to move the ball freely.

Most of the early movement came from Hartpury, who made a bright start before the pattern of the first half became set. Scrum half Will Homer looked lively on his home debut, quickly finding gaps in the fringe defence, and the hosts were rewarded with a Gareth Thompson penalty after Park were penalised at the ruck.

This appeared to wake the visitors up and, after a slightly scrappy five minutes in which both sides seemed determined to cough up possession, their forward machine slotted smoothly into gear. With Brown, Bowley and Ellis all prominent they began to test the Hartpury defence. The tackling was strong, but the sheer weight of the Park pressure was bound to bring results.

In quick succession, Ellis span over from a catch and drive before scrum half Gash was on hand to profit twice, from a forward drive under the Hartpury posts and then from a well-controlled attacking scrum. 3-19 to visitors and surely the flood gates about to open?

But no. Three minutes before the break Jaike Carter picked a beautiful line to get behind the Park defence. Quick ball gave Thompson the chance to make further inroads before releasing the flying McConnochie who still had plenty to do. A huge dummy was enough to wrong foot the remaining cover and the try was scored, McConnochie (pictured) leaving Thompson with an easy conversion.

The second half was a breathless affair, with the hosts determined to keep the ball alive and away from the Park pack. Attacks were launched from everywhere and O’Meara was agonisingly short after Griffiths had opened up the defence with a powerful break. Replacement Sean Marsden also ran well on his return from long-term injury but, in truth, the Rosslyn Park line was rarely in imminent danger.

Nor was it all one way. An honourable mention must go to the reconstituted front row of Brockett, Stratford and Merry whose strike against the head, before drawing the penalty, rounded off a superb period of goal-line defence from Hartpury.

As the game entered its final phase, Hartpury continued to try and get outside the visiting defence. However, enterprise comes with risk and twice in the final 10 minutes turnovers allowed Park to break out and score, Edwards rounding off the first after a break from Ajuwa, before Grimoldby pounced on a handling error to kick through and win the chase to the line.

Hartpury thus slipped to their fourth defeat in row, although that statistic does not reflect the recent performances. Next week sees the ‘varsity match’, with the UK’s two highest-placed student teams meeting when Hartpury travel to face Loughborough Students. 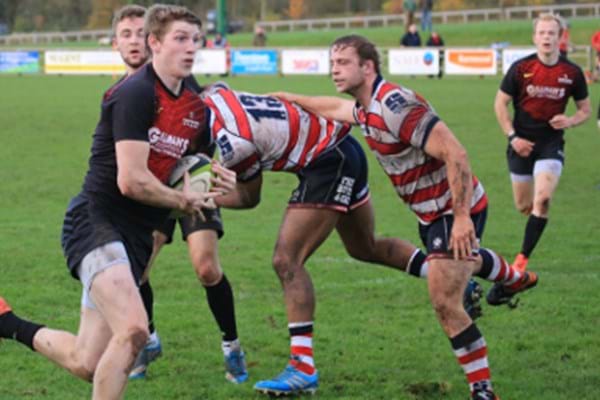