Two Gloucester-Hartpury rowers staked an early claim for Great Britain selection with impressive performances at the first round of trials.

Hartpury A-level student Alice Bowyer, who rowed for Great Britain last season at the Coupe De Le Jeunesse, came up against 70 other hopefuls at the junior trials - a five-kilometre water assessment in single sculls – and won the trial outright.

Following her bronze medal at the Junior World Championships last season, Pickles is now looking to make the step up to Under-23s level, where she is competing as a lightweight.

London 2012 gold medallist, Katherine Grainger, came second overall in her first selection trial since deciding to return to the sport this year in a bid for selection for Rio 2016.

Hartpury rowing coach, Tom Pattichis, said: “It was a great start to the season for Alice. While it is very early days in the selection process as the final teams are not selected until July, this result establishes her among the leading contenders as we head into the winter training period.

“It was also a very promising result for Flo, who was competing at her first ever senior trial. To achieve a personal best at this early stage of the season is really encouraging.”

On the same weekend, a group of developing rowers from the Hartpury programme took part in a time trial hosted by Avon County Rowing Club, near Bath.

This part of the programme is managed by Sports Coaching degree student Jes Robson. This new venture had its first success on the water as Gloucester Rowing Club’s Lotte Carpenter and Lauren Kielty picked up a win in the J14 double sculls category. 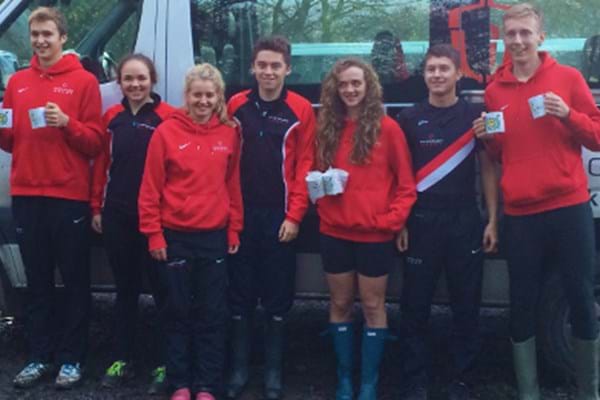