Hartpury’s Michael Symons will continue to live out his FA Cup dream after his Worcester City team were drawn against another League One side, Scunthorpe United.

After overcoming Coventry City in the first round proper, Worcester have been handed another tough tie against higher league opposition.

Symons, a former student who now teaches on the Football Diploma programme at Hartpury, started for the Conference North side at the Ricoh Arena as Worcester came away 2-1 winners.

“It’s another big draw for us, up against League One opposition again, so I’m looking forward to the opportunity to play another top side,” he said.

“To go away to Coventry and not even scrape a victory but to dominate the game is really encouraging and who’s to say that we can’t do the same again in the next round?

“We know it’ll be a tough ask, but that’s part of the magic of the FA Cup – teams from lower leagues overcoming teams playing in higher leagues. I’d love to see us in round three with the chance to play one of the Premiership sides, so we’ll keep training and working hard between now and then and see what happens.”

Worcester currently sit 12th in the Conference North but are currently on a five-match unbeaten streak including the victory over Coventry. Scunthorpe, meanwhile, sit 63 places above Worcester in the league structure, but their current position in League One’s relegation zone will give Symons’ side hope when they travel to Glanford Park on 6th December.

Scunthorpe overcame another local side in their first round encounter, beating Conference Premier side Forest Green Rovers 2-0 to secure a home tie against Worcester.

Pearson, on loan at Wrexham from Premiership side Leicester City, helped the Conference Premier side to a 3-0 victory over their league rivals Woking. The versatile defender made his debut on 1st November in a 0-0 draw with Halifax Town before starting the game against Woking.

Pearson’s side have been drawn against the winners of Maidstone versus Stevenage, which will be replayed on 20th November after being postponed at the weekend.

Gosling, meanwhile, featured for fellow Conference Premier side Bristol Rovers as they went down 1-0 to League Two side Tranmere Rovers. Gibraltar international Gosling started the game and his new club were unlucky to come away with nothing after their hosts were reduced to 10 men.

Molyneaux’s Gosport side were unfortunately knocked out 6-3 at the hands of League One Colchester United with the former Hartpury student coming on as a second-half substitute.

Hartpury’s Director of Football, Tom Radcliffe, said: “It’s great to see so many of our former students and a current staff member featuring in the FA Cup. The competition is recognised worldwide and it’s a great opportunity for teams and individuals to have the chance to play against bigger opposition.

“All four of the lads who were involved have performed well since graduating and we hope that they continue to impress. We’ll all be keeping a close eye on Mike and James in the next round and hoping that they find themselves in the third round draw with the chance of a tie against a Premier League team.” 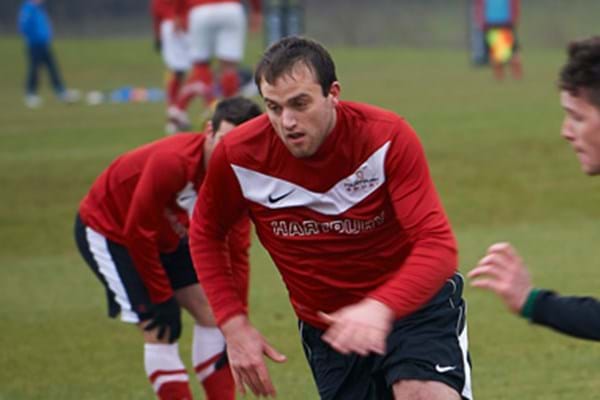