On a day where it seemed more reasonable to be pulling out the canoe than throwing on your boots, Hartpury had a difficult afternoon against National One fourth-placed Coventry.

For the first three-quarters of the match it was Hartpury’s game to throw away with three tries inside 50 minutes giving the team a healthy 21-3 lead going into the final quarter but from there on it was a tale of the previous weekend at Ealing all over again.

The usual suspects performed well for Hartpury with Carter steaming over for their first try and then O’Meara scoring the second and third tries with the third coming from exceptional soccer skills that saw him dribble the ball for 40 metres before touching down.

Gareth Thompson, who has been infallible with the boot of late, improved every try giving the home side strong hopes of a convincing win.

Physicality and depth of play at the breakdown was also much improved with Hartpury suffering considerably less turnover ball and getting back into open play much more quickly than they had the previous week.

Lock James Voss showed some great development in his game with pinpoint accuracy in the lineout and also looked very comfortable charging the field in open play.

At 60 minutes the Hartpury discipline failed again with Wayne Thompson being given some time to cool off and Hartpury reduced to 14 men.

The defence crumpled against a heavier Coventry pack who managed to rumble across the Hartpury line twice in five minutes making good use of their numbers advantage.

This clearly unsettled the home side and led to further flaring of tempers which allowed a 73rd-minute penalty to pull Coventry within one point.

Better lineout from Hartpury saw them winning everything and stealing a few Coventry efforts but all dues must be paid to the visitors who didn’t know when to lie down and call it a day.

A final 81st-minute penalty at the end of the game saw the score ine tip in Coventry’s favour.

All in all, it was a significantly improved physical offensive and defensive effort from the young squad and it was a couple of unfortunate decisions here and some poor indiscipline there that resulted in Hartpury falling to a second defeat in as many weeks.

If the team can show the same level of physicality, defensive panache, offensive opportunism and get a handle on the second-half discipline which has punished them badly of late, then they should have the beating of a lot of the sides in the division.

It’s back to London this week for the Hartpury squad who face sixth-place d Blackheath and the team will be looking to put two painful weeks to one side in a bid to reignite their away form that has been so incredibly strong so far this season. 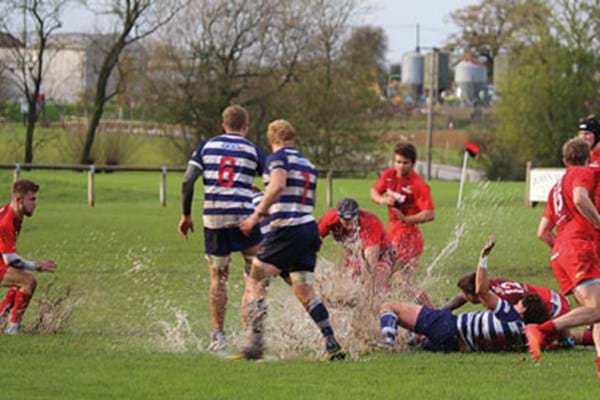