Hartpury’s university women’s rugby squad got their first BUCS campaign off to a perfect start, with a 67-15 win over the University of South Wales Newport.

In their first ever competitive league fixture, the team displayed their attacking prowess with an 11-try performance while holding their opponents to just three.

Inside centre Flavia Kumar was on hand to score a first half hat-trick, while another eight players were able to get on to the scoresheet with a try apiece.

Hartpury started strongly, with flanker Pippa Robinson claiming the first try of the game inside 10 minutes. The team’s constant possession was beginning to tire Newport’s defence, and Hartpury took advantage with a further five tries before the half. Kumar had already secured her hat-trick, while winger
Ruth Taylor demonstrated some fancy footwork to step past numerous defenders and score.

Newport were able to get their first points on the board with a try just a few minutes into the second half, but that stirred Hartpury back into action, with centre Hannah Hart touching down in the corner to provide an immediate response.

Their opponents were able to score another try, but Canadian full-back Vanessa Carlson then showed blistering pace to run 80 metres and score under the posts.

Tries from fly half Emma Mundy and flanker Ellena Cartlidge soon followed, and replacement Ellen Simon then produced a fantastic run from the halfway line able to score the game’s final try, providing the perfect ending for Hartpury. 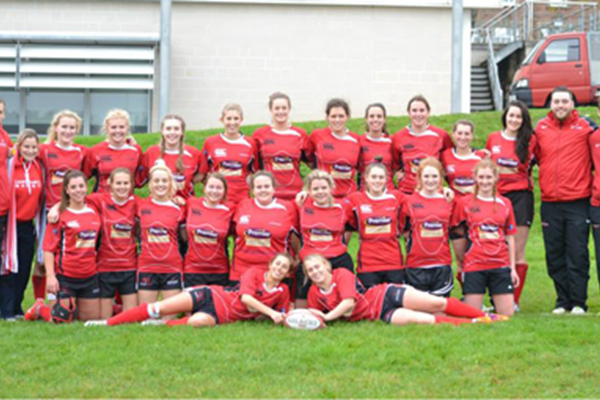