The hosts’ pace and power proved too much for the spirited Yorkshire outfit as they racked up 11 tries in a much needed run-out.

In only their third game of the season, Hartpury got off to a flyer thanks to two quick scores from centre Jade Shekells, her second a powerful sprint to line. It was converted excellently from the touchline by her centre partner Zoe Harrison.

A third try quickly followed as, from a midfield scrum on halfway, Hartpury shipped the ball wide, drawing in the last defender to release the dangerous Holly Aitchison to canter in by the posts.

There was time for a fourth try before the end of the first quarter. Gaining possession through a Bishop Burton mistake, outside-half Daisy Fahey chipped the ball ahead into space and her kick bounced perfectly up into her own hands. She then outpaced the cover defence and raced over to score. Harrison converted to make the score 26-0.

Bishop Burton struck first in the second half, capitalising from a midfield break, but Hartpury responded with a contender for try of the match.

Winger Kelly Smith recovered the ball and attacked with speed down the right flank, stepping inside the final defender to dive in by the posts. Harrison added the extras.

Another Bishop Burton score from close range was counteracted with another cracking score. This time it was Harrison’s turn to regain possession through the kick.

She sold two dummies, wrong-footing the Bishop Burton defence, which left her an easy run to the line from 50 metres. Smith then broke two tackles to dot down for a 45-10 advantage.

The final period saw Hartpury really turn on the style. With the pack having clear superiority in the contact area, Hartpury had the platform to unleash their pacy backs.

A second try each for Aitchison and Fahey along with a 70-metre incepted try from Harrison brought the score to 64-10.

Bishop Burton were able to conjure up a try through their dynamic centre but the final act of the game saw Harrison wrap up a hat-trick of tries with another long-range effort.

Peter Cook, the AASE girls head coach, said: “The girls showed clear improvements from where we were at in our last game, ironing out the small mistakes.

“With the limited game time the girls get in, the added pressures of game scenarios can sometimes make it difficult for us, so it was pleasing they performed well for the duration. We’ll work hard on our skills and conditioning in the coming weeks in order to build into our next game after Christmas.” 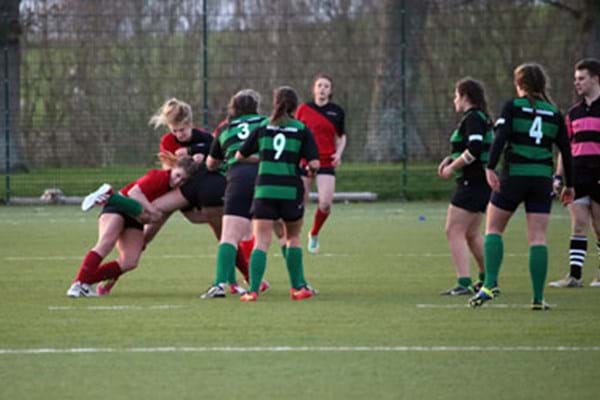