Eldstål has risen to prominence since being signed by Sarawak FA in April 2013, and the centre midfielder’s signature was much sought after this off-season once his contract had expired.

He eventually agreed terms with JDT, who were crowned Super League champions for the first time in their history this season, and the 23-year-old will be looking to help his new team claim further glory.

Eldstål said: “It is a huge honour to sign for JDT as they are one of the biggest clubs in Asia right now. It will be a challenge, but one that I am looking forward to.”

His transfer caps an extraordinary few years for the midfielder, who just two years ago was studying at Hartpury.

After joining the college in 2010, Eldstål studied a Sports Coaching degree while also being a part of the elite football programme.

He said: “It was one of the best decisions I ever made coming to Hartpury and it definitely helped me get to where I am now. The facilities and quality of coaching that are available is like being in a professional club environment which, as a player, was massive for me.”

Eldstål’s Malaysian opportunity arose after arranging to do a work placement in the country, as part of his course in the summer of 2012. He spent two weeks coaching football to children, but it was during a friendly game of futsal that the possibility of playing professionally was discussed.

“A long-time family friend said he was really impressed with me and he managed to get the head coach of Sarawak to have a look at me,” Eldstål added.

After impressing enough to secure a contract, he then played a key role in leading Sarawak to promotion from the second tier of Malaysian football in 2013, which culminated in him being voted as the most promising player in the Malaysian leagues.

His form was further recognised when he was rewarded with a call-up to the Malaysia League XI - a team of the top players in the Malaysian leagues - and featured in games against English Premier League giants Chelsea and La Liga’s Barcelona, including superstar Lionel Messi. The midfield man was then called up to the Malaysian Under-23s national team in September 2013, making his debut against Singapore.

Unfortunately, a back injury restricted his participation in the 2014 season, but he still had a host of potential suitors at the end of the year, which is when he made the move to JDT.

He said: “Last season was a difficult year after having surgery on a slipped disc but I have been working hard on my recovery and am feeling stronger than ever.

“It is going to be a great year for me as we will be playing in the Asian Champions League, which features the best teams from across the continent and I’m really hoping that I can make an impact for my new team and cement my place in the starting line-up.”

Eldstål could find himself up against another Hartpury graduate, with Matt Smith’s Brisbane Roar one of 49 teams in the competition.

And Eldstål is hoping that the competition can help springboard him to international acclaim.

He said: “I would love to be able to force my way into the national team. I’ve made 11 appearances for the Under-23s side so I know if I perform to the best of my ability, I can get the call up to the senior squad.”

Although he is currently forging ahead with his professional football career, he is also putting his degree qualification to good effect. He has been looking to emphasise the importance of grassroots football in Malaysia and has become involved with 1 Malaysia Connecting Communities (1MCC) - an organisation that looks to football as a catalyst to provide a pathway to support young people in Malaysia to reach their potential through football development and education.

Two other Hartpury graduates work for 1MCC, with Jordan Humphrey and Michael Leach both playing a large role in developing the skills of the children, and Eldstål helps at training camps when he can.

He said: “It’s amazing seeing these kids getting the chance to receive quality coaching while getting so much enjoyment out of it. Jordan and Michael do a great job and it’s great when I get a chance to visit the football camps and help out. 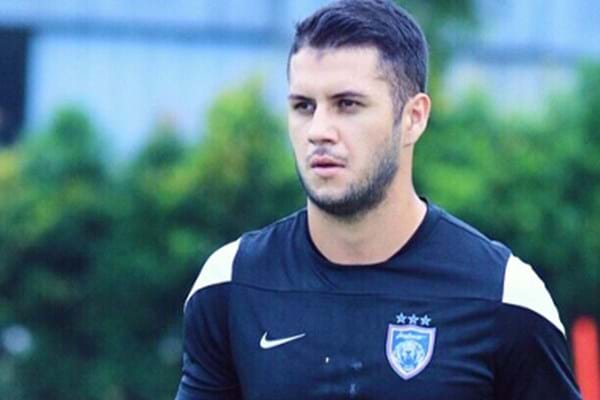