Hartpury reached the half-way point of their season with this hard-fought victory and, for the second time this season, took the spoils from a long journey to the north-east.

With seven wins under their belt and a mid-table berth in the current standings, they can look back with qualified satisfaction on their opening experiences in National League 1. Yes, there have been a couple of disappointing displays, but the students have generally acquitted themselves well against more seasoned players.

This win was no more than they deserved after a performance that combined some exciting first half back play with a more prosaic and pragmatic approach after the break. Blaydon also sit in mid-table – Hartpury having leap-frogged them with this result – but are a tough nut to crack at home, as many leading sides have found in recent seasons.

The interesting pre-match news was that former Hartpury student Henry Trinder, now, of course, a professional at Gloucester and an England squad member within relatively recent memory, would be starting at centre for the college side. Trinder has missed much of the current season with injury and his inclusion here showed how keen Gloucester were for him to get back to match fitness.

He showed his pedigree before the half hour, collecting a pass near half-way, after good work from Dan Thomas, and stepping out of two slightly unconvincing Blaydon tackles before cantering to the posts (pictured).

Either side of that, Hartpury had scored two other long range tries. Ruaridh McConnochie was on hand to support an excellent midfield break and inside ball from winger Jaike Carter in the 8th minute and got across the line despite the attention of two Blaydon defenders.

Shortly before half time, Hartpury scored a try of classic simplicity. Lewis Ludlow produced great ball off the top of line-out and two passes later Steve Leonard was able to break tackles in a typically bullish run to score.

Mitch Burton slotted two of the three first half conversions.

Blaydon, meanwhile, had picked up two scores of their own, both unconverted. Number 8 Gavin Jones got the touch-down at the back of a catch and drive before fellow loose forward Keith Laughlin was able to benefit from a rare occurrence of sloppiness in the visiting defence.

There were injury concerns for Hartpury – and Gloucester - before the break. Exciting flanker Thomas pulled up and had to be replaced by England Under-20 man Will Safe. Cruelly, Henry Trinder also limped off with what appeared to be a hamstring injury, Matt Protheroe appearing in his stead.

With two of Hartpury’s ‘flair’ players out of action and Blaydon stepping up their efforts in order to get back into the game, it was no surprise that the second half quickly became a far more tense and cagey affair.

Blaydon closed things up with another catch and drive, finished by Kalbraier and converted by Baggett, with the half still young. But Hartpury showed good composure to keep their noses in front and close the game out.

Much credit for this goes to a strong and almost penalty-free effort from the pack, with the outstanding Tom MacDonald and Des Merrey both impressing with their energy and work-rate.

Mitch Burton controlled the game nicely with some well-judged kicking and his two penalties, against one from Blaydon’s Baggett, were enough to ensure that Hartpury were ahead at the final whistle.

The win sets Hartpury up nicely for next week’s Christmas cracker of a derby with fast-improving Cinderford. That home fixture will be kicking off at the earlier time of 1.30pm for those fans planning a festive double-header, as Gloucester host Bath later in the day.

We would like to thank Blaydon RFC for their warm hospitality and we look forward to the return fixture in April. 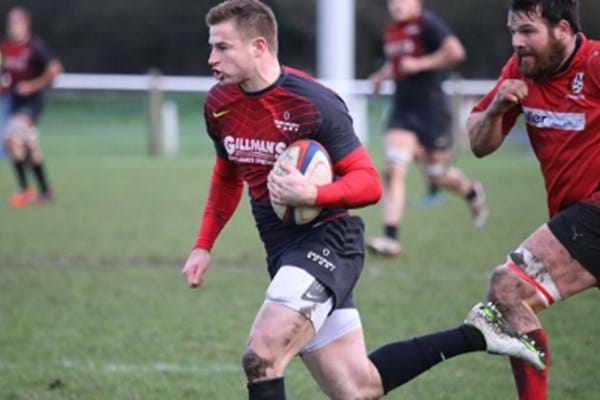